Ariana Grande has a doppelganger!

Popular teen TikToker, Paige Neimann, has been garnering attention after she shared her similar facial feature that has been noticed by the pop singer herself. 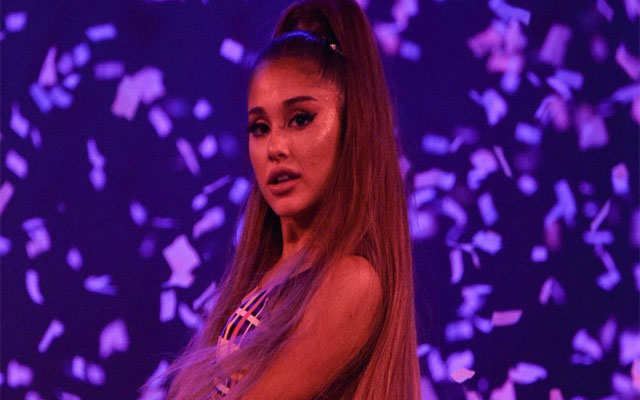 Paige Neimann, has been garnering attention after she shared the similar facial feature - OyeYeah
3Shares
282Views

Singer-songwriter Ariana Grande’s look-alike has stunned fans and even Ariana is blown away by her uncanny resemblance.

Popular teen TikToker, Paige Neimann, has been garnering attention after she shared the similar facial feature that has been noticed by the pop singer herself.

Neimann has a massive fan following of 2 million on TikTok had one of her videos going viral of late. In one of a video, she can be seen sporting Ariana’s iconic ponytail while impersonating her Nickelodeon character Cat Valentine that aired on hit TV shows Victorious and Sam & Cat.

The video gained massive views that it also scored a reaction from the singer herself.

Ariana replied after watching the teen’s video, “i just wonder whyyyy the cat voice / dialogue. [crying eomji] i am sure she is the sweetest sweet sweetheart for real !! but it’s definitely bizarre seeing people blend the two worlds lmao [sic].”

About Ariana’s comment, theTikTok teen Neimann said she was “shocked.”

“I remember I was shaking and was very happy that she noticed me!” Neimann shared. “My message for Ariana is thank you for being such a great role model for boys and girls everywhere. She’s truly inspired me as well as many others,” she added.

Taking it to social media Arina Grande made the announcement of her new song, she tweeted, “#boyfriend song and video available now on all platforms #boyfriendoutnow.”

Ariana in response to a fan who asked what inspired the song said: “Well, I feel like this song captures a common theme in the lives of so many people I know! people want to feel love but don’t want to define their relationship & have trouble fully committing or trusting or allowing themselves to fully love someone. even tho they want to”.