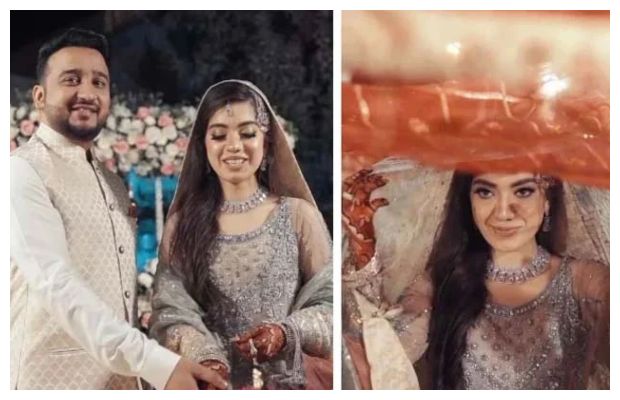 Arisha Razi lashed out at her own photographer for making the wedding video viral!

It came as a pleasant surprise that the 22-year-old starlet has tied the knot with Abdullah Farrukh who has nothing to do with showbiz.

The video of the actress’s event was shared on social media by Studio86, an Instagram account that photographed Arisha’s wedding.

However, Arisha Razi had not mentioned the marriage on her social media accounts till now, on which the actress was criticized for sharing the video on a photography page.

Arisha posted the story on Instagram and wrote, “As you, all have seen video of my marriage, it was a private event, it is a matter of great regret and shame that a company called Studio 86 doesn’t care about privacy.” The photography company, on the other hand, shared audio clips and a screenshot on its Instagram account, stating that Arisha was asked for permission but she left the message behind, implying that she had no problem sharing the video.