Armeena Khan Stands Up to Bullying and It’s Inspiring! 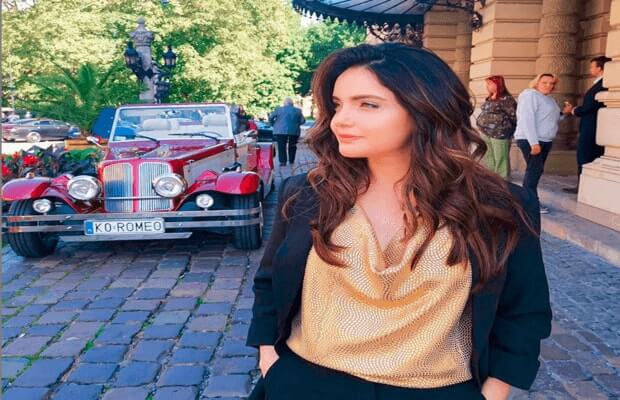 Recently Armeena Rana Khan irked the moral police on social media as she posted a picture of herself wearing a navy blue off-shoulder dress. Now while the picture may at first look harmless, it didn’t go down well with what Armeena calls ‘haram police’.

“The haram police is out on my timeline because *shock, horror* my shoulder decided to come out for a walk,” tweeted the Janaan actress after her Instagram picture faced backlash.

Armeena then went on to fiercely respond to some of the haters individually and Twitter saw her brilliantly standing up to bullying as she stood her ground.

“Take it and shove it where the sun don’t shine. Toodles,” tweeted in response to a Tweet that told her of sharam and haya.

Another social media user told her “parda karna chahiye tha” and the actress responded with a gif image of drawing curtains.

Earlier last year, Armeena also called out a guy on Twitter who tried to abuse her on social media. Taking screenshots of his messages, the actress had brutally roasted her abuser. She’s definitely not someone to be messed with and the girl shows know to teach bullies a lesson. Way to go Armeena!

Furthermore, Ameena took to social media calling out at those who took her tweets without context!

“Blogs posting my tweets without context. You don’t understand the damage you’re causing when you make light of abuse by captioning it as “schooling the trolls.” These captions delegitimise my efforts to reclaim my space and to fight bullying. If you need clarification – ASK!”, said Armeena in her recent tweet.