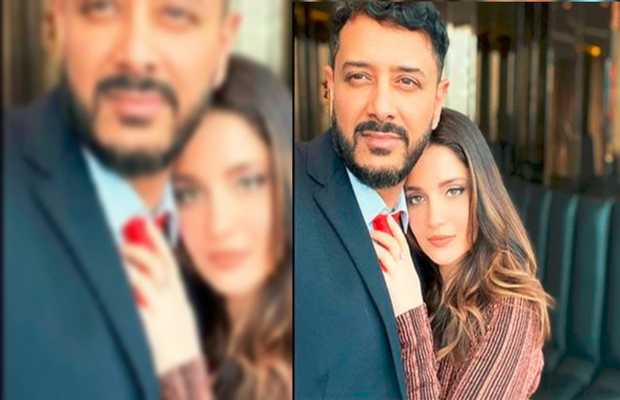 Popular TV and film actress Armeena Khan took her fans by surprise as she announced her marriage to Fesl Khan on Valentine’s Day.

The Sherdil star hinted towards the big news on her Instagram as a sweet Valentine’s tribute to her long-time beau and now-husband Fesl Khan.

“My valentines, forever and forever,” Armeena wrote along with a PDA filled photo with Fesl.

Soon after her post, the rumour mills went  buzzing and shortly thereafter, Fesl took to his Instagram to officially and clearly break the news. “Ladies & Gentlemen, presenting my wife Mrs Khan,” he wrote, continuing with a lovely post for her wife.

“Armeena, I’ll give you my friends and take from you your enemies. Time to create magic, time to create a legacy,” he added.

Ladies & Gentlemen, presenting my wife Mrs Khan. Armeena, I'll give you my friends and take from you your enemies. It's been a while, Nikkah all done (we will do a reception in the upcoming months) , plans made. Time to create magic, time to create a legacy. We were born to be one. Welcome to our journey, with special love to those closest to us. Wishing everyone happiness on this #valentines2020

Surprising Armeena’s fans, Fesl also unwrapped the fact that the couple has tied the knot for a while now and have plans to do a reception in the upcoming months.

“We were born to be one. Welcome to our journey, with special love to those closest to us. Wishing everyone happiness on this Valentines 2020,” he concluded the post.

Later Armeena shared a screen shot of Fesl’s post on her Insta and confirmed the news.

‘Presenting my husband @feslkhan that’s it, guys, we are official’, the starlet wrote, adding that they will host a wedding party at a later stage.

Presenting my husband @feslkhan that’s it guys, we are official. We will have a wedding party at a later stage. Thank you to everyone for understanding and supporting us. Love you all. Mrs. Khan. ❤️ Happy Valentines Day.

We are super happy for the couple and wish them a prosperous and happy life ahead. Moreover, we are also eagerly waiting to see Armeena as a bride at her wedding reception.