The actress called out the socialite for being inconsiderate about her fears. 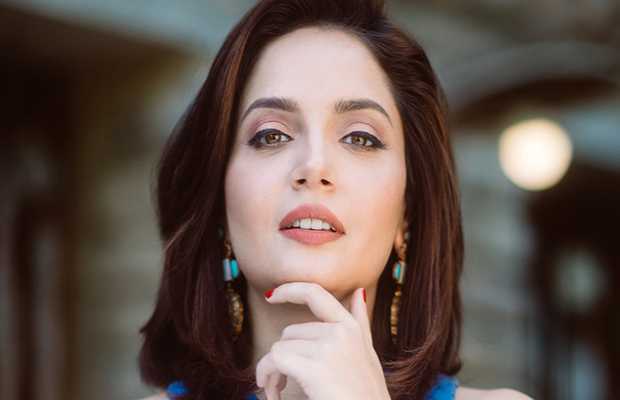 In the latest of Twitter, Janaan actress Armeena Rana Khan has called out Shaniera Akram for mocking her fears a while ago and blocking her instead of apologizing.

“Wow, unfollows me quietly, could dish it out to me but couldn’t take it back. I knew she was going to do it. Lady, you’re just another woman with a white saviour complex. I asked her to take the tweet down nicely and she didn’t when I deleted mine,” said Armeena in a series of tweets out of which few have been deleted. 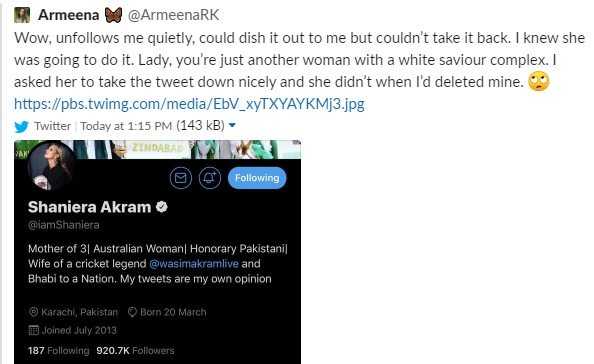 Apparently the tweet in question was of Shaniera generally mocking Pakistanis on being scared of gecko (small lizards); and Armeena too had shared her phobia with the reptile around the same time.

“I don’t get it, Pakistanis have lived through terrorism, widespread disease, horrific natural disasters, political unrest, famine, and poverty. Yet you see one little Gecko and completely lose your shit!” Shaniera had tweeted.

In return, Armeena turned to Twitter and called out the social activist for gaslighting and undermining someone’s fears.

“Imagine someone gaslighting you over your phobias and telling you how to feel. Like, go away why don’t you? And then an ego the size of a building. Loser!” Armeena said.

The controversy brew again this time as Shaniera posted a status regarding the mental wellbeing of those around you and tried to break the stigma associated with mental health.

“Did you care about mine when you could see that I was being dogpiled on by your followers and I kept asking you to take it down? You didn’t and you allowed me to receive abuse,” Armeena tweeted as a response.

The actress also said that she doesn’t expect Pakistanis to support her on the matter and knows what she’s in for.

“Lol, in Pakistan? Dude, I’m brown and you know what the public is like. So, feel free to choose sides. I don’t mind,” said Armeena.