Zebaish will be their first TV drama together. 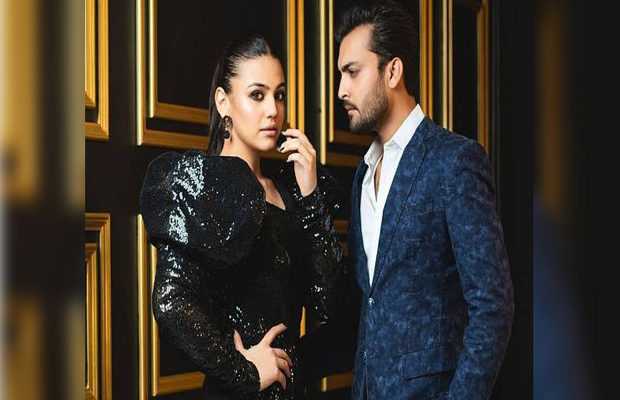 Real-life couple Zara Noor Abbas and Asad Siddiqui had appeared together in 2019 film Chhalwa and fans loved their on-screen chemistry on the big screen.  The couple has now paired up for a  TV drama written by Bushra Ansari. It’s called Zebaish and also stars Zara’s mother Asma Abbas in a lead role.

Asad Siddiqui took to social media to share the first look of his avatar from Zebaish with wife Zara Noor Abbas in the same frame and the duo look adorable as ever. We are sure together the two will brew magic on screen.

Fans of the celebrity couple are excited to hear the news and just can’t wait to see their favourite couple dazzle on the small screen.

Stay tuned to OyeYeah for updates on the story of Zebaish and details of the characters Zara and Asad will be essaying in the drama.