Cricketers cant handle it as Asim Azhar asks PCB to stop ignoring him!

Yes, you heard it right. It was a few days ago when popular singer Asim Azhar took a jib and ask Pakistan Cricket Board to stop ignoring him while sharing a video clip of him at the net practice.

And later in his Instagram story told PCB to stop ignoring him. 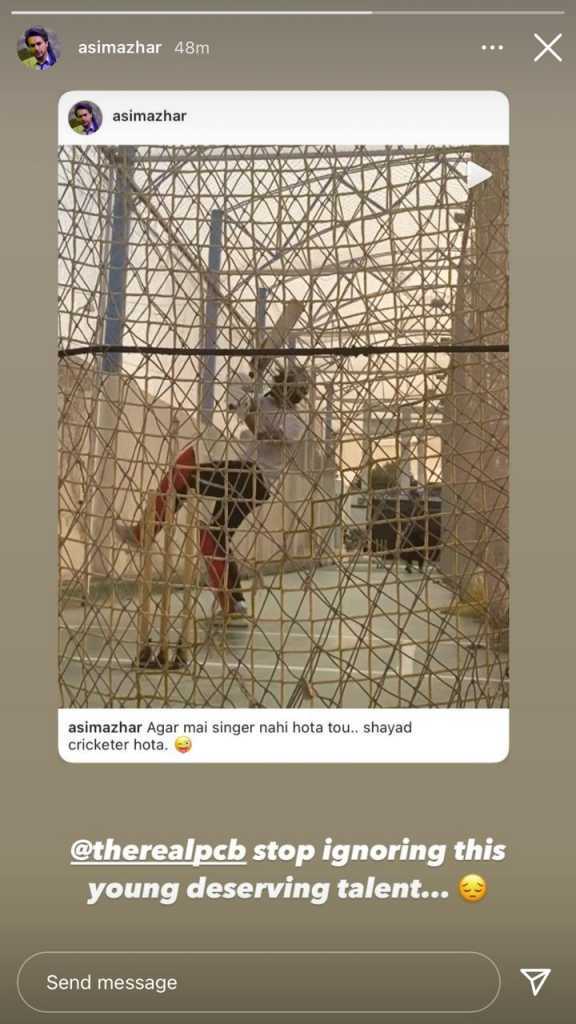 His message got the attention of the few national cricketers: 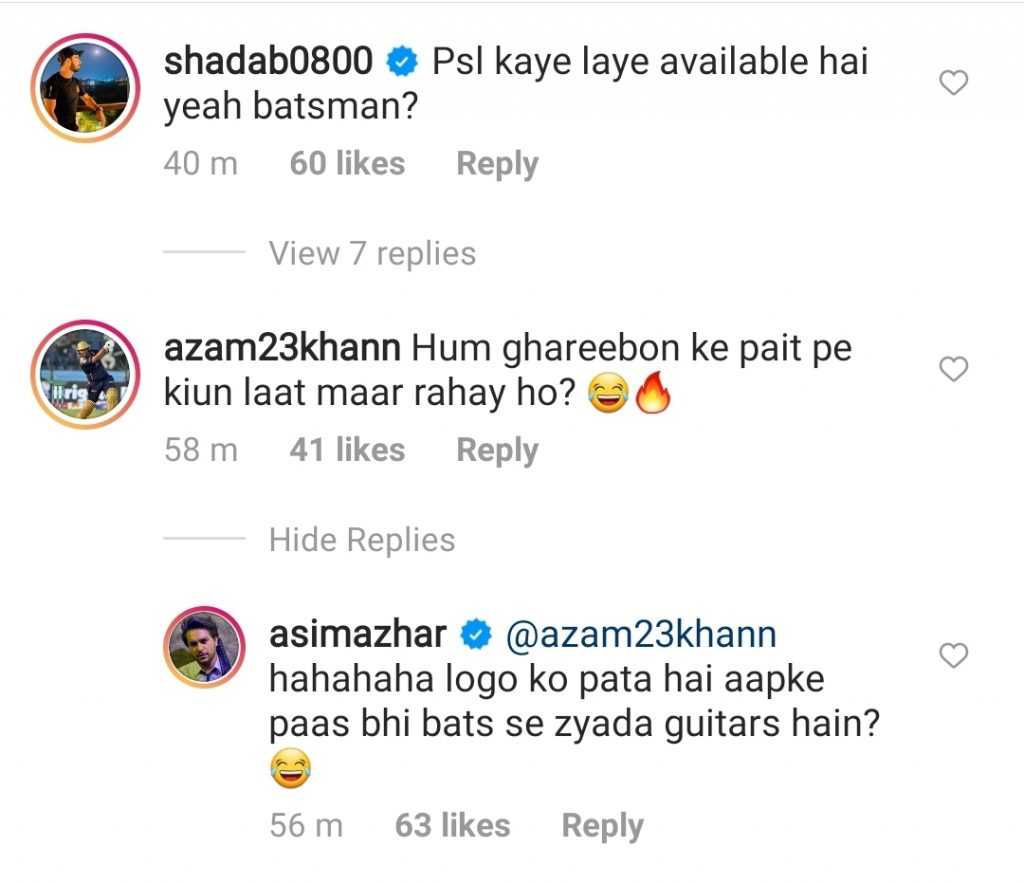 Anwer Ali also replied to his comments on Twitter: