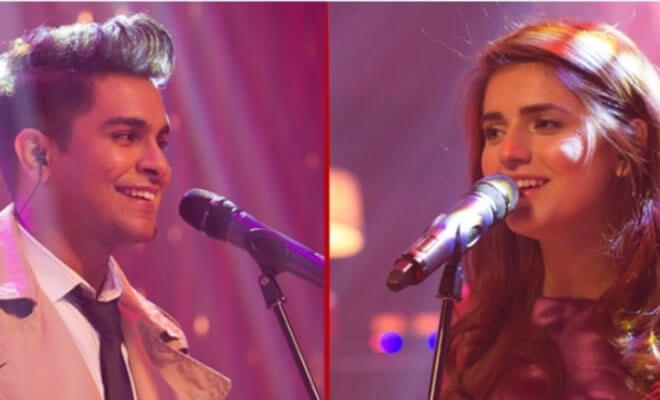 The Coke Studio rendition of the classic ‘Ko Ko Korina’ has already made the people getting angry over Momina Mustehsan and Ahad Raza Mir and created a lot of buzz among music listeners. The Afreen Afreen singer and Yaqeen ka Safar Actor Ahad Raza Mir, who made his debut singing Ko Ko Korina, was brutally bashed for ruining the old classic.

However, in a recent interview on ‘The After Moon Show’ Pakistani singer Asim Azhar has revealed that initially, he was offered to sing the classical melody with Ahad Raza Mir.

During an interview with Yasir Hussain on his show, Asim praised Ahad’s efforts to sing live-version of ‘Ko Ko Korina’.

“I think Ahad Raza Mir had done a good job as it was his singing debut. It is not easy as you are singing live there and I believe it was a really good effort. Let me tell you a fun fact that I was supposed to sing with Ahad Raza Mir first as it was a boy-boy duet but then I was replaced by Momina”

Asim appeared with actor Iqra Aziz on a show at Hum TV. Iqra on the same show also revealed that she recently got herself inked.