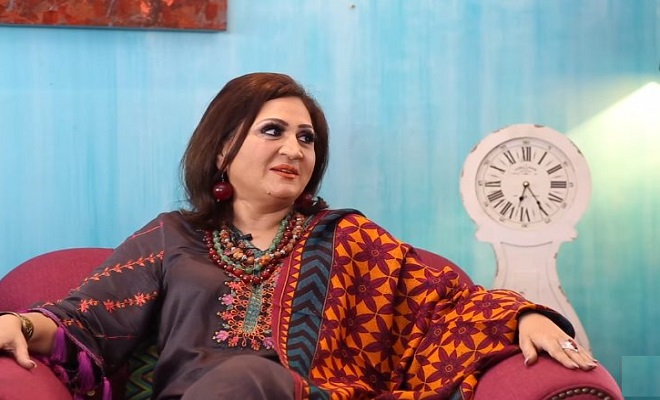 Recently Bushra Ansari was in the news because of the rumors of her second marriage with director Iqbal Hussain and now, its sister Asma Abbas, for one of her old interviews that has gone viral all of a sudden.

Asma Abbas is an actress par excellence with some amazing performances to her name. She is widely respected in the world of entertainment but her interview and confessions in the video are causing a lot of eyebrows to raise.

In a video clip going viral, Asma Abbas is seen confessing how when she got married to her husband, he was already married and that his wife didn’t know.

“His first wife wasn’t in the country at that time. She came to know about our marriage when she saw a picture of me and my husband in a magazine. She was hurt. You know how it is. That’s what happens in the beginning,” revealed Asma.

“I was around 23-years-old,” she said. “He knows his way around words. He’s very handsome, had coloured eyes, an army officer. Everything a girl looks for in a man. I was fascinated by him. I was infatuated by him. When I saw the uniform, I agreed as well. He was caring. He gave me a car when mine wasn’t working,” Asma shared about her husband and how they got married within 2 months of meeting each other.

Asma also shared how there was no bad blood between the first wife after they had a chat with each other.

“I told her, ‘See, this (marriage) is done and it isn’t something that would end as well. We should learn to live with harmony and peace. I also shared that since none of us want to leave him, then it is better to come to terms with the situation at hand and live together,” Asma revealed to the host.