Silence has allowed the predators to breed through ages, but no more. 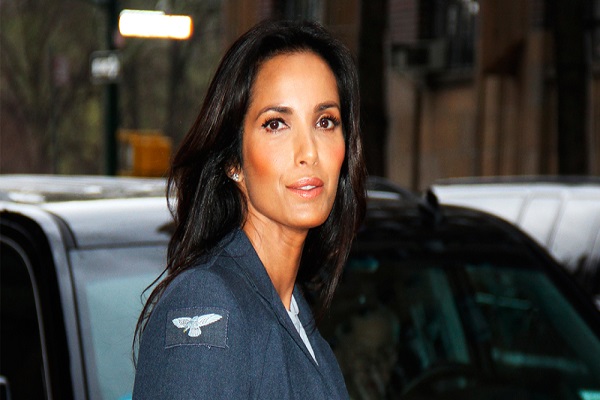 The #MeToo campaign has allowed a number of women to gain strength and come open with the ordeals they have had to bear in the past. While more and more women are now choosing to reveal what happened to them and why they stayed quiet, and so, American author and Top Chef host Padma Lakshmi shares how she had no idea how to explain her sexual assault when it happened to her, when she was 16 years of age only.

In an op-ed in the New York Times, Padma Lakshmi shared vivid details of what happened with her and how she was raped by her then boyfriend while she was only 16.

“When I was 16 years old, I started dating a guy I met at the Puente Hills Mall in a Los Angeles suburb. He was in college, and I thought he was charming and handsome. He was 23,” wrote Lakshmi.

Recounting the ordeal she went through, Padma wrote, “When we went out, he would park the car and come in and sit on our couch and talk to my mother. He never brought me home late on a school night. We were intimate to a point, but he knew that I was a virgin and that I was unsure of when I would be ready to have sex.”

“On New Year’s Eve, just a few months after we first started dating, he raped me.”

“The two of us had gone to a couple of parties. Afterward, we went to his apartment. While we were talking, I was so tired that I lay on the bed and fell asleep. The next thing I remember is waking up to a very sharp stabbing pain like a knife blade between my legs. He was on top of me.

“The pain was excruciating, and as he continued, my tears felt like fear.”

“Afterward, he said, “I thought it would hurt less if you were asleep.” Then he drove me home.”

“I didn’t report it. Not to my mother, not to my friends and certainly not to the police. At first I was in shock.”

It was a time when the term ‘date rape’ didn’t exist. Also Padma choose to be silent because of the blame that boils down on women and how adults would react.

“I don’t think I classified it as rape — or even sex — in my head. Soon I began to feel that it was my fault. We had no language in the 1980s for date rape. I imagined that adults would say: “What the hell were you doing in his apartment? Why were you dating someone so much older?””

And this went back to her childhood years when she was “cast out” for speaking up about being sexually assaulted by a relative.

“When I was 7 years old, my stepfather’s relative touched me between my legs and put my hand on his erect penis. Shortly after I told my mother and stepfather, they sent me to India for a year to live with my grandparents. The lesson was: If you speak up, you will be cast out.”

“32 years after my rape, I am stating publicly what happened. I have nothing to gain by talking about this. But we all have a lot to lose if we put a time limit on telling the truth about sexual assault and if we hold on to the codes of silence that for generations have allowed men to hurt women with impunity,” explained Lakshmi. She states how it is imperative that we explain to our children about the good and the bad touch and tell them to be vocal about the issue. Silence has allowed the predators to breed through ages, but no more.