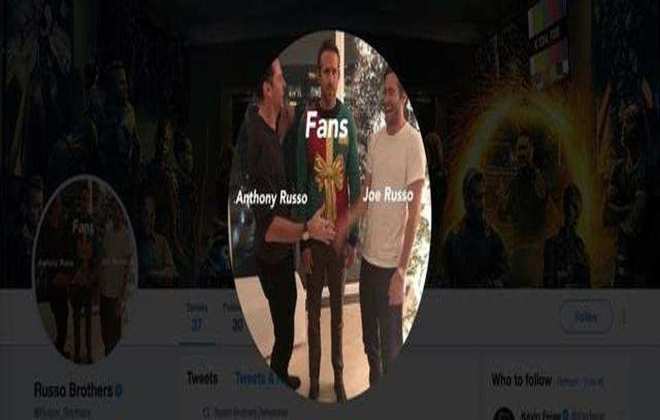 Joe and Anthony Russo, who have an account with the name Russo Brothers, have changed their social media profile picture. And for eager fans nothing goes unnoticed.

What they did to tease the Marvel fans is that thy labelled their names on Jake Gyllenhaal and HughJackman, while the concerned Ryan Reynolds was labelled ‘fans’. Meanwhile the original photo is also available, it shows Gyllenhaal and Jackman laughing heartily at Reynolds wearing a colourful sweater.

The duo of directors is known to convey hidden messages to fans on social media.

Earlier, they posted a cryptic image from the sets of Endgame, asking fans to ‘look hard’. On another occasions they’ve used fan art by temporarily changing their profile pictures, and fueling further speculation. This happened when the Russos changed their social media profile pictures to a piece of Captain Marvel artwork created by BossLogic, raising fans’ hopes for a Brie Larson cameo in Infinity War.

The Russo Brothers made their MCU directing debut with Captain America: The Winter Soldier before it they spent most of their careers in sitcoms. The Directors job for silver screen was followed up with Captain America: Civil War and were given the Infinity War project after Avengers and Avengers: Age of Ultron director Joss Whedon had a falling out with Marvel.

Their upcoming venture Endgame stars Robert Downey Jr, Chris Evans, Chris Hemsworth, Mark Ruffalo, Jeremy Renner and Scarlett Johansson, among others. The film is slated for 26 April 2019 release and it will be followed by Spider-Man: Far From Home.