Avengers’ entire cast and crew in a single frame

Everyone is there, you have to look closely! 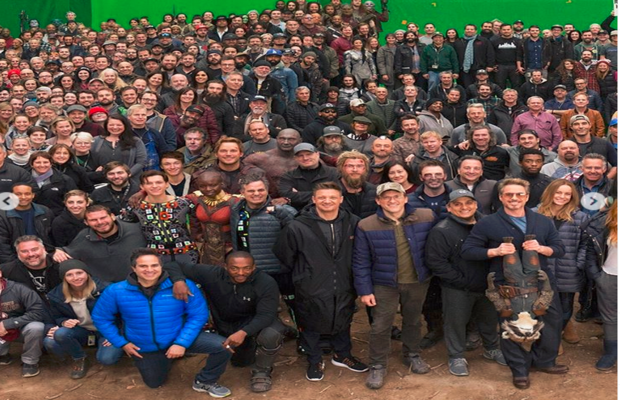 No one could have imagined Avenger’s entire cast and the crew of the world’s most anticipated film franchise in a single frame.

But nothing is impossible, photographer Chuck Zlotnick is the man who made the mammoth task possible.

The 54-year-old actor has shared a throwback photo from the sets of Avengers featuring the entire cast and crew of Infinity War and Endgame, using 360 techniques.

Everyone is there, you have to look closely. Actors Karen Gillan, Pom Klementieff, Benedict Wong and Evangeline Lilly appeared in the third image of the post, which has occupied the top spot on the list of trends.

Avengers: Endgame was the 22nd superhero film of the MCU and being the direct sequel to Avengers: Infinity War, which was released in 2018.

Fans of the Avengers franchise have bid adieu to some of its favourite superheroes, though the Marvel Cinematic Universe will continue telling inspiring superhero stories.

tweet
Share on FacebookShare on TwitterShare on PinterestShare on Reddit
Saman SiddiquiMay 9, 2019
the authorSaman Siddiqui
Saman Siddiqui, A freelance journalist with a Master’s Degree in Mass Communication and MS in Peace and Conflict Studies. Associated with the media industry since 2006. Experience in various capacities including Program Host, Researcher, News Producer, Documentary Making, Voice Over, Content Writing Copy Editing, and Blogging, and currently associated with OyeYeah since 2018, working as an Editor.
All posts bySaman Siddiqui