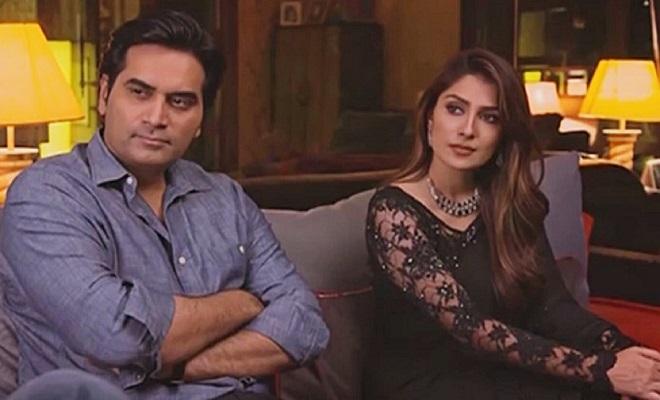 Right from the first episode, we’ve said that Mehwish’s character was vain. But now, nine episodes into the drama and we’ve realized that Mehwish is not only vain but she is deceitful and materialistic to the core. She knows, her husband Danish, is innocent and will accept anything she does because he loves her and she uses that to the extreme.

Mehwish has exploited Danish’s trust and has been hanging out with Shahwar without any reason. Danish on the other hand has been blindly trusting his wife. However, Danish might not have any complaints with Mehwish for whatever she’s doing with him, but the Pakistani audience are certainly lashing out at Ayeza Khan for playing the conniving and calculated Mehwish.

In fact, criticism has come in abundance ever since the last episode which showed that Mehwish and Shahwar did spend some objectionable moments together. Ayeza Khan’s portrayal of Mehwish has been brilliant with her emotions and expressions delivered perfectly. However, being a wife and a mother herself, the actress recently shared that she wouldn’t want to live again the life of Mehwish, ever.

Taking to her Twitter, Ayeza Khan wrote, “I have lived one life which I never want to live again as a woman, Meray Pass Tum Ho, it’s not just a story of a husband and a wife, the lust for money, Its a journey of a broken heart.”

And broken heart it is indeed, but this time, we’re certain, it’ll be Danish who’ll be left with a broken heart while Mehwish walks away with Shahwar, leaving behind her child and her husband who would do anything for her.

The upcoming episode’s promo shows Mehwish carrying a guilty expression and Shahwar asking her to make a choice. Considering how calculated Mehwish has been so far, we wait to see what choice she’ll make.

Directed by Nadeem Baig, Meray Pass Tum Ho stars Ayeza Khan, Humayun Saeed and Adnan Siddiqui in the lead. The drama, based on a story by Khalil ur Rehman Qamar, has been earning top rating until now.