“It’s become more of COPYWOOD than Bollywood”, Baba Sehgal is annoyed with the remix trend! 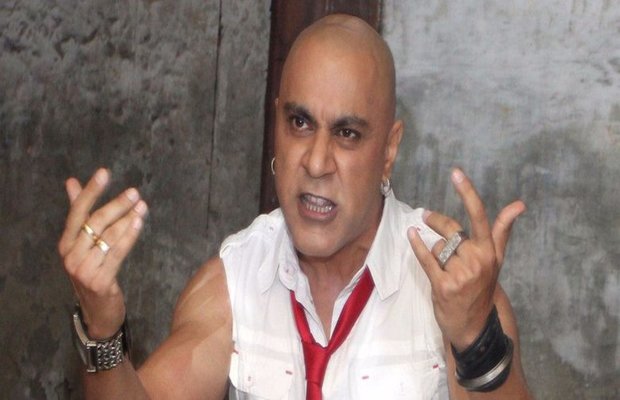 Harjeet Singh Sehgal, better known as Baba Sehgal the famed Indian rapper is not happy with the current prevailing trend in Bollywood, the remixing of old-classic songs.

A lot of iconic old songs have been recreated for different Bollywood films, leaving a question mark on the creativity of filmmakers.

Baba Sehgal wrote: “It’s time Bollywood stop recreating/remixing old classic film soundtracks. There’s no harm in creating a song but the quality, instrumentation and the output in doing so is sad and pathetic. Is it because there is no creativity left or is it because they want to encash on the popularity of the old song”. 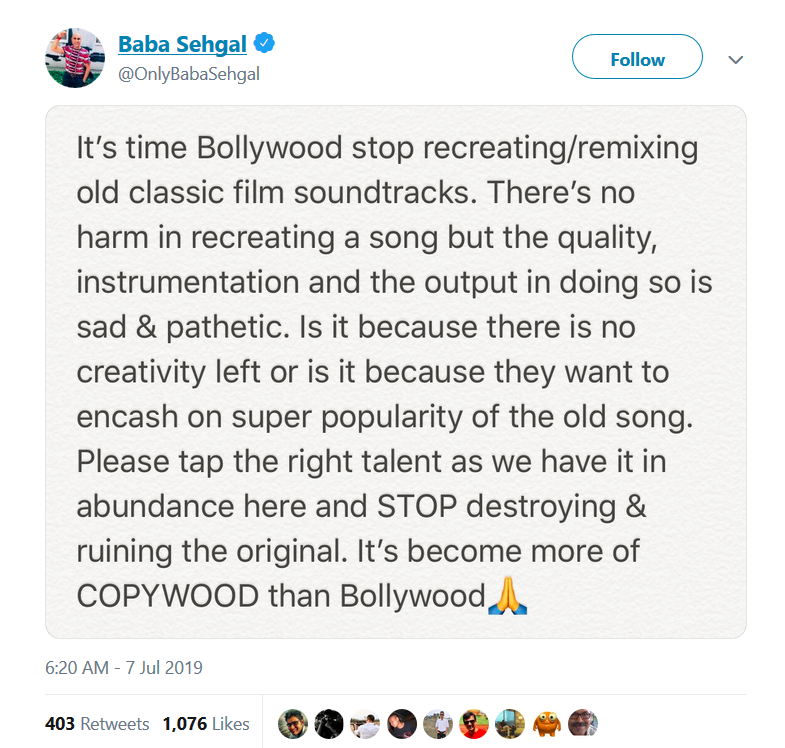 He further says, “please tap the right talent as we have it in abundance here and stop destroying & ruining the original. It’s become more of COPYWOOD than Bollywood”.

It’s been a while that almost every film has one remake of an old song.

tweet
Share on FacebookShare on TwitterShare on PinterestShare on Reddit
Saman SiddiquiJuly 8, 2019
the authorSaman Siddiqui
Saman Siddiqui, A freelance journalist with a Master’s Degree in Mass Communication and MS in Peace and Conflict Studies. Associated with the media industry since 2006. Experience in various capacities including Program Host, Researcher, News Producer, Documentary Making, Voice Over, Content Writing Copy Editing, and Blogging, and currently associated with OyeYeah since 2018, working as an Editor.
All posts bySaman Siddiqui