The thriller is said to be a remake of 2016 Spanish film, The Invisible Guest. 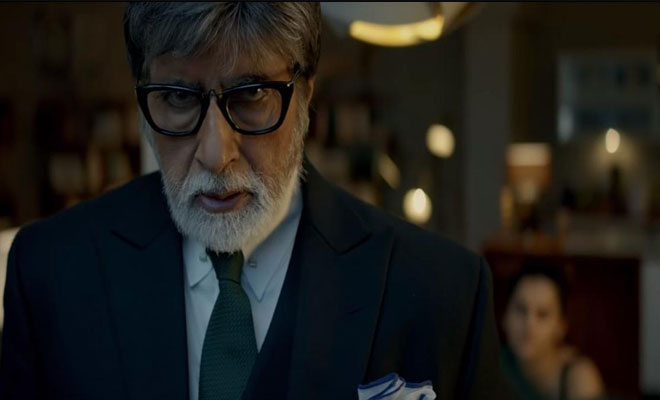 Bollywood Big B has his job cut out in Badla trailer. The actor has to defend Tapsee Pannu again, and this time she is accused of murder and looks guilty to boot. The actor had managed to defend her successfully in Pink — can he do it again?

Filmmaker Sujoy Ghosh is back in his comfort zone and that could be one of the best things about the film. He has woven an intriguing tale in Badla. Taapsee Pannu’s character is accused of murdering her paramour. Lawyer Badal Gupta (Amitabh Bachchan), who is known for not having lost a single case in his 40-year-long career, appears to have come to her rescue. After listening to the story, Mr Gupta raises three question which stumps Taapsee, who can only say that she’s being framed for the murder. Is she telling the truth? Even as every clue points to her, she is vehement that she didn’t do it. So, who is telling the truth?

Taapsee and Amitabh earlier worked in Pink, a film that talked about the importance of consent and was a hit among audiences as well as critics. Badla is directed by Ghosh and plays to his strengths.

The thriller is said to be a remake of 2016 Spanish film, The Invisible Guest. It marks the fourth collaboration of Amitabh and Sujoy, after Aladin, TE3N and Kahaani, in which Amitabh sang Rabindranath Tagore’s Ekla Chalo Re.

“I am very excited about this film. People wait to work with him and I got to work with him twice in two years. It gives me lot of excitement and I hope the magic gets repeated. When people say, Bachan sir and I are a hit pair, it excites me,” Taapsee had told PTI about their collaboration in Badla.

Amitabh was seen in Thugs of Hindostan, which also starred Aamir Khan, Katrina Kaif and Fatima Sana Shaikh. Taapsee was last seen in Manmarziyaan with Abhishek Bachchan and Vicky Kaushal.

Badla is slated to release on March 8.