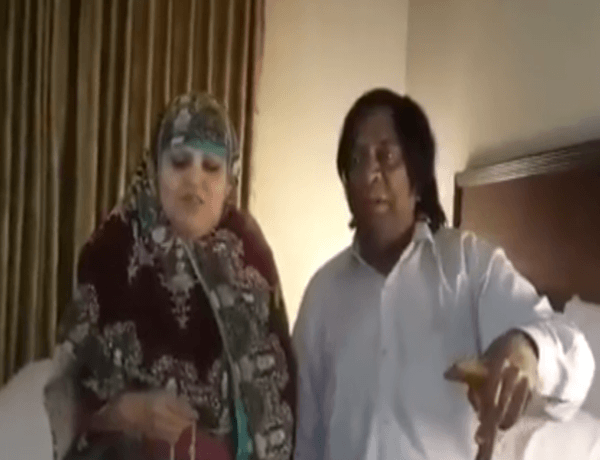 Fifty Fifty comic icon Majid Jahangir was reduced to asking for money from people on the streets of Lahore. The news spread through wildfire on social media and a number of people took notice. And now, fortunately for the veteran comedian, the chairman of the Bahria Town, Malik Riaz Hussain has announced that he will bear medical expenses of ailing actor Majid Jahangir and also provided him with a house.

It is a shameful moment for all of us that our comedian Majid Jahangir is asking for money on the roads. An institution needs be formed by the government that can help our artists and sportsmen financially. People have come forward campaigning on social media to help their beloved comedian and other veteran actors/actress in the past.

Junaid Akram, a stand up comedian urged his friends and followers through social media to come forward and assist the veteran actor in whatever way possible.

While talking to a news channel earlier Jahangir explained about challenges in his life which have kept piling up and due to his sickness, he is unable to get any kind of employment. Most of the money he had was spent on medical bills, after he lost partial function of his body to paralysis almost three years ago. Though some government officials had then stepped up to help him in his treatment but that hasn’t been sufficient enough.

tweet
Share on FacebookShare on TwitterShare on PinterestShare on Reddit
Saman SiddiquiMay 31, 2018
the authorSaman Siddiqui
Saman Siddiqui, A freelance journalist with a Master’s Degree in Mass Communication and MS in Peace and Conflict Studies. Associated with the media industry since 2006. Experience in various capacities including Program Host, Researcher, News Producer, Documentary Making, Voice Over, Content Writing Copy Editing, and Blogging, and currently associated with OyeYeah since 2018, working as an Editor.
All posts bySaman Siddiqui