Bakhtawar, daughter of late Benazir Bhutto and Asif Ali Zardari, has announced the birth of her second child, a baby boy.

Bakhtawar Bhutto Zardari and her husband Mahmood Choudhry, welcomed their second son on Oct 5, according to the announcement made on social media.

However, the name of the baby is not revealed yet. 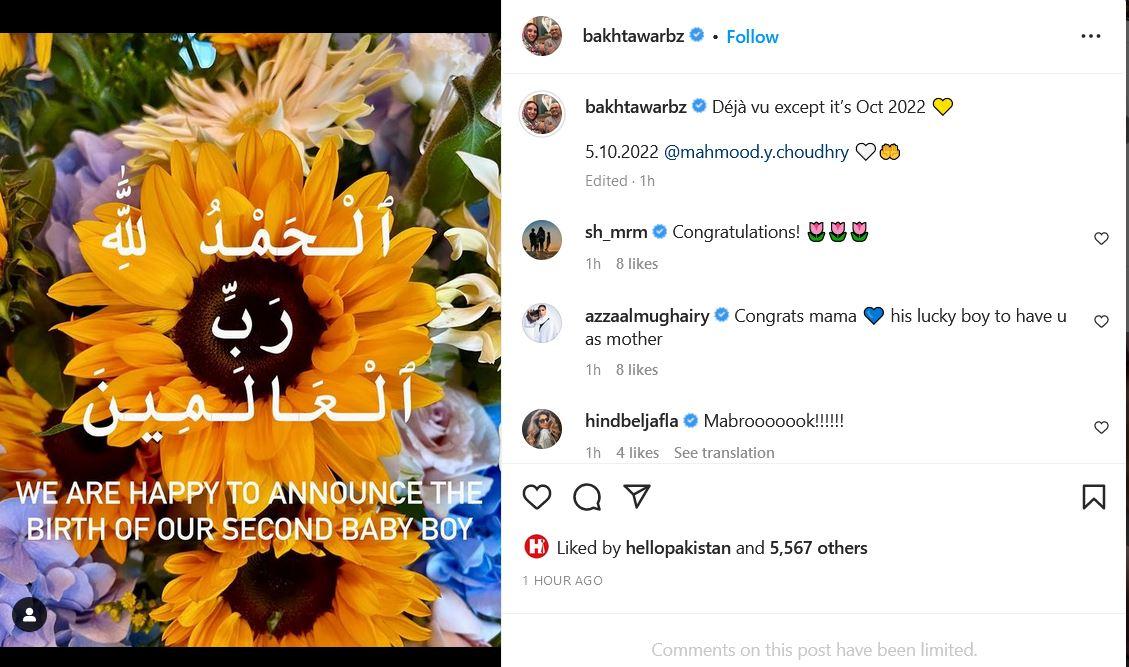 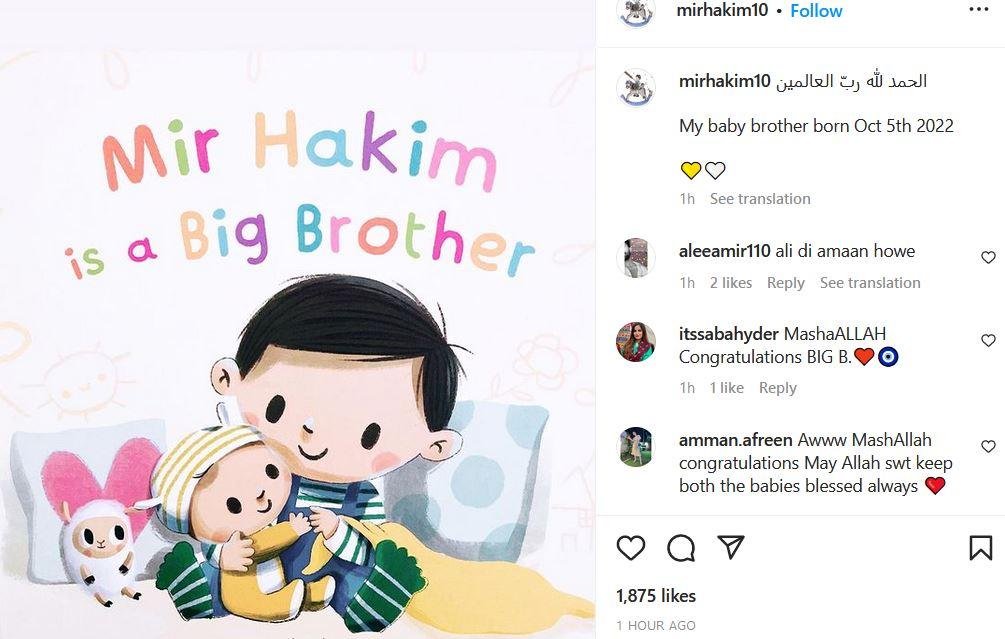 Bakhtawar and Dubai-based businessman Choudhry got married in early 2021 in a high-profile wedding that received a lot of media attention.