Streisand maintained that on the occasions she met Jackson, he was “very sweet, very childlike” 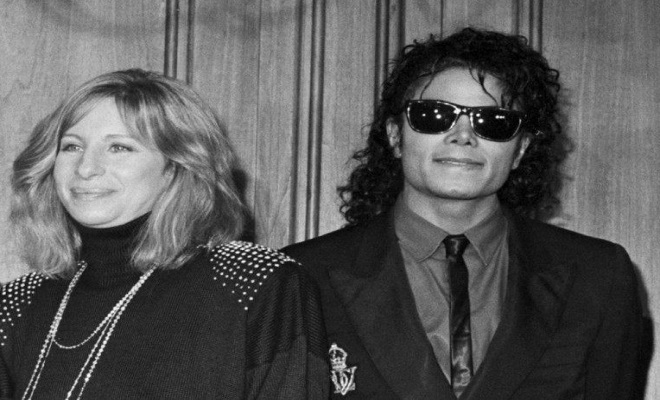 There has been a lot of backlash for the late pop star Michael Jackson ever since the documentary “Leaving Neverland” premiered. The documentary features men who accused Jackson of molesting them as children. Following the events, a number of brands pulled back their Michael Jackson inspired collections. Simpsons removed their show where Michael Jackson had voiced a character and radio shows abroad stopped broadcasting Jackson’s songs.

Recently, singer Barbra Streisand, who happens to be one of the few people alive to have experienced a level of stardom similar to Jackson’s, commented on Leaving Neverland, in her interview with Times.

The EGOT-winning singer said that she believed Wade Robson and James Safechuck, who allege in the documentary that they were abused by Jackson as children, saying, “Oh absolutely. That was too painful.”

However, Streisand maintained that on the occasions she met Jackson, he was “very sweet, very childlike.” And even though she found the documentary painful to watch, she has sympathy for Michael Jackson. “His sexual needs were his sexual needs, coming from whatever childhood he has or whatever DNA he has,” she told Times.

Adding her thoughts further about the two molested young men, Streisand said, “You can say ‘molested,’ but those children, as you heard them say [the grown-up Robson and Safechuk], they were thrilled to be there. They both married and they both have children, so it didn’t kill them.”

Streisand was also asked if she harbored any anger towards Jackson following the documentary, she said “It’s a combination of feelings. I feel bad for the children. I feel bad for him. I blame, I guess, the parents, who would allow their children to sleep with him. Why would Michael need these little children dressed like him and in the shows and the dancing and the hats?”