Barrister, Ambreen Qureshi has tweeted a statement, proving that in fact there is no court case against Zafar. 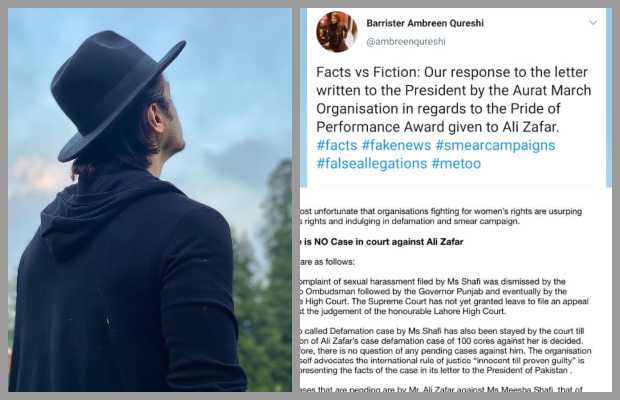 Recently, the Aurat March team penned a letter to the President and Prime Minister of Pakistan to reconsider the ‘Pride of Performance’ Ali Zafar has been rewarded. The award stands for an individual who has significantly contributed to the field of arts, literature, and science in society.

Ali Zafar has, especially during coronavirus, contributed significantly to helping families, minorities, and marginalised communities. The singer and composer has also raised awareness about artists and making a difference in Pakistan, with the help of his foundation, the Ali Zafar Foundation. The letter, which is not only posing to tarnish his reputation but also requesting his accolade to be revised on the grounds of a pending court case, has been debased. 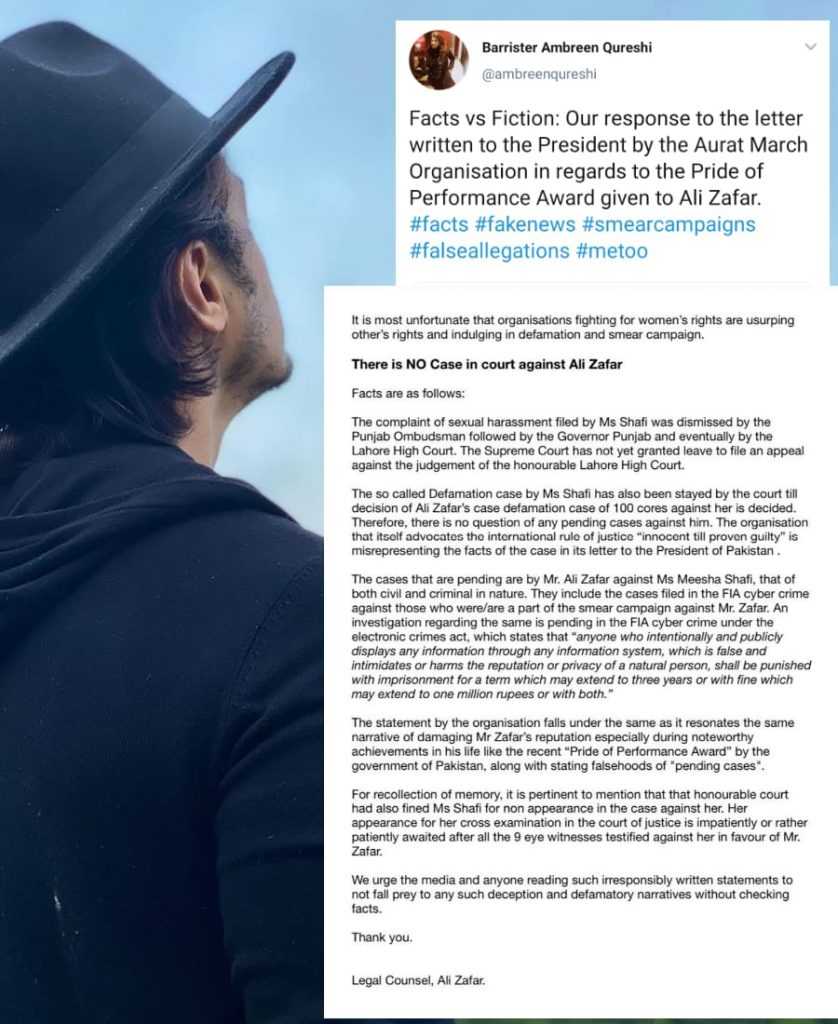 Barrister, Ambreen Qureshi has tweeted a statement, proving that in fact there is no court case against Zafar. The ‘Teefa in Trouble’ star has been acquitted as innocent and cleared of all charges. Therefore, there are no pending cases against him and the letter which states ‘false narratives’ will be handled accordingly, under the Electronic Crimes Act, which emphasises that any falsehoods or misinterpreted stories will receive the appropriate penalty. 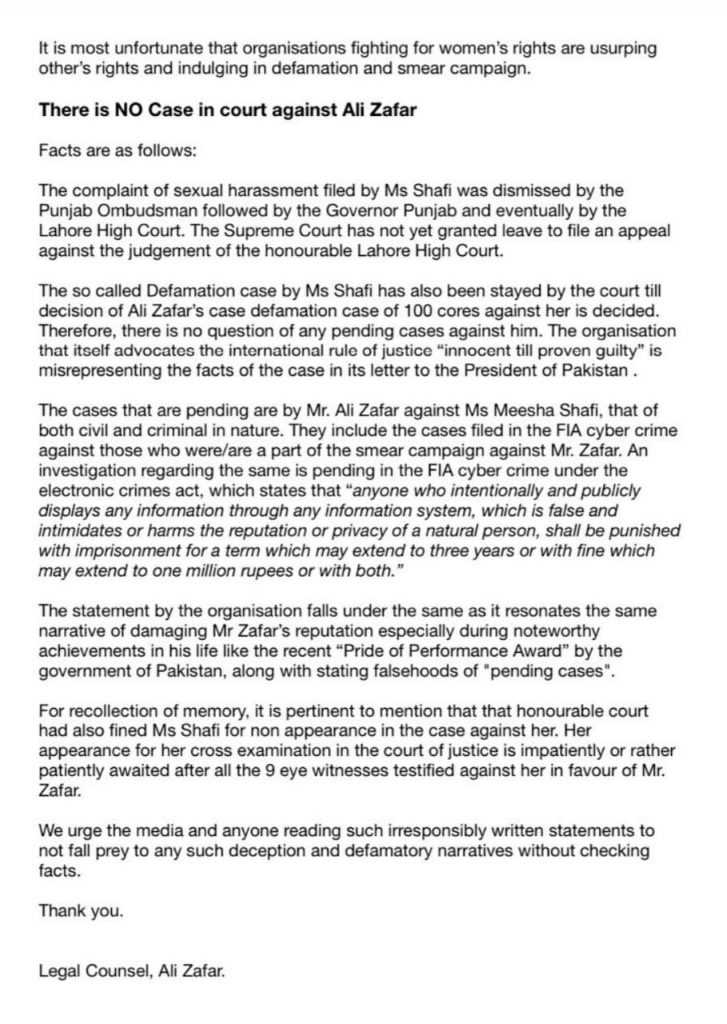 Ms. Qureshi also further broached the topic by addressing the concerns that the letter and smear campaign against Ali Zafar were defamatory and irresponsible, requesting media outlets to take into consideration the seriousness of the matter. With no court cases against Zafar, there is no basis to insult such a grand achievement such as the ‘Pride of Performance’ bestowed by the Islamic Republic of Pakistan.