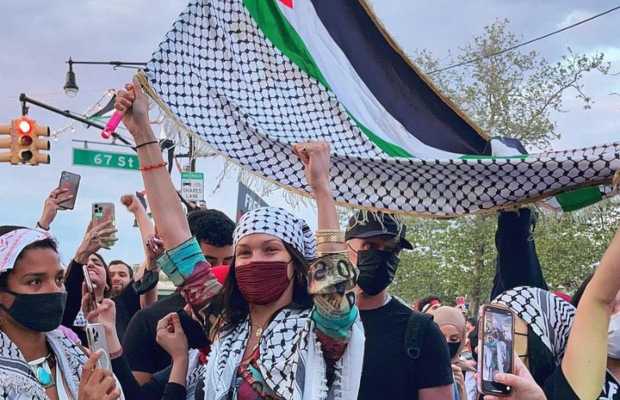 American supermodel Bella Hadid has been voicing her support to Palestine which is being attacked by Israeli forces.

Hadid, whose father is Palestinian, joined the pro-Palestinian march as the worst period of violence between Gaza and Israel since 2014 continued.

A day after model Bella Hadid took to NYC streets for a pro-Palestinian march, the state of Israel has slammed the supermodel.

A tweet from the Israeli government’s Twitter handle posted footage from the protest and criticized the model. said, ” When celebrities like @BellaHadid advocate for throwing Jews into the sea, they are advocating for the elimination of the Jewish State. This shouldn’t be an Israeli-Palestinian issue. This should be a human issue. Shame on you.”

however, no footage shared on social media shows Hadid calling for any harm to Jewish people.

But the official Israel Twitter account accused that it was referring to videos of the supermodel chanting the decades-old slogan “From the river to the sea, Palestine will be free.”

tweet
Share on FacebookShare on TwitterShare on PinterestShare on Reddit
Saman SiddiquiMay 17, 2021
the authorSaman Siddiqui
Saman Siddiqui, A freelance journalist with a Master’s Degree in Mass Communication and MS in Peace and Conflict Studies. Associated with the media industry since 2006. Experience in various capacities including Program Host, Researcher, News Producer, Documentary Making, Voice Over, Content Writing Copy Editing, and Blogging, and currently associated with OyeYeah since 2018, working as an Editor.
All posts bySaman Siddiqui 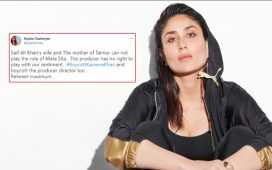 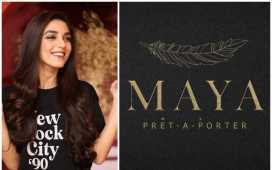 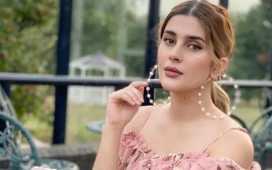 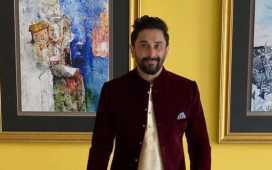 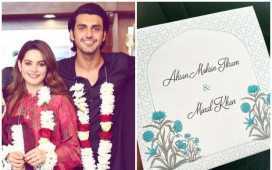 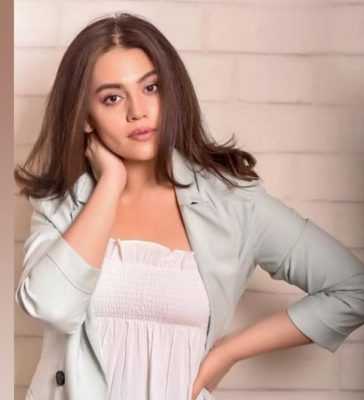