He made the announcement while appearing on Jimmy Kimmel Live 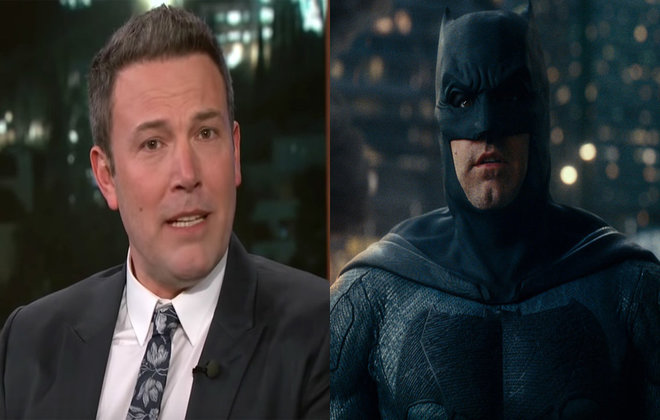 Yes, it is official that Ben Affleck is retiring from his role as Batman. He has officially said goodbye to Batman on Jimmy Kimmel Live! on Thursday night.

Ben talked about ending his time as Batman and retire his beloved cape.

“I tried to direct a version of [Batman], [I] worked with a really good screenwriter, but kinda just couldn’t come up with a version. Couldn’t crack it. I thought it was time for someone else to take a shot at it. And they’ve got some really good people,” said Affleck.

By making the announcement Ben himself has ended a lot of speculations which have been going on for a while. According to various media reports he was unlikely to continue on in the role after Justice League.

Ben Affleck is the most recent actor to play the Dark Knight in movies such as Batman v. Superman: Dawn of Justice (2016) and Justice League (2017).

Christopher Reeves’ The Batman, will theaters in summer 2021. Affleck has also shared a tweet officially saying goodbye to the role and passing the torch.

“Excited for #TheBatman in Summer 2021 and to see @MattReevesLA vision come to life,” Affleck wrote.

Excited for #TheBatman in Summer 2021 and to see @MattReevesLA vision come to life. https://t.co/GNgyJroMIO