Ever since the posters for Bilal Abbas Khan’s latest drama ‘Dunk’ have started making rounds on social media – there has been a lot of conversations and anticipation about the story and the posters themselves – and quite a few surprising ones. The world-famous Australian cricketer Ben Dunk who shares his last name with the new drama ended up having a very hilarious and wholesome interaction with the Dunk star Bilal Abbas Khan.

As it turned out, Ben Dunk took notice of the posters for his namesake drama, which had created quite a buzz in Pakistan, and ended up commenting on Bilal Abbas Khan’s poster.

The cricketer shared the poster on his Instagram story and tagged Bilal Abbas Khan commenting, “I’ve been getting tagged in this a bit today, surely the actor needs a fresh haircut?” 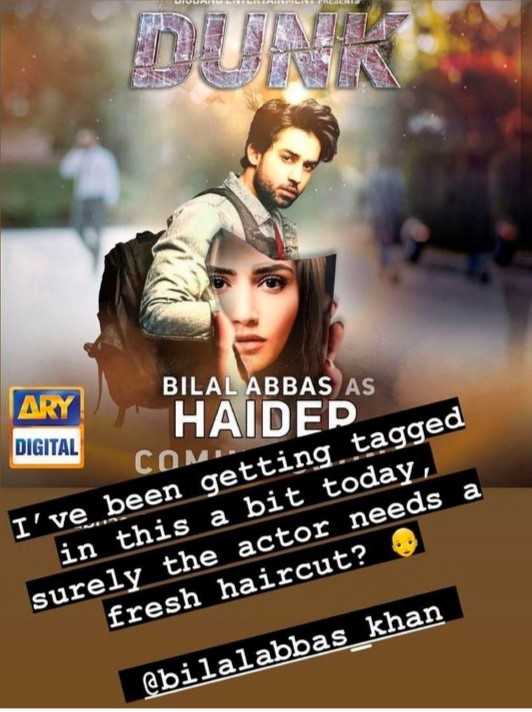 That wasn’t the end of it, Bilal Abbas Khan also took to his Instagram story and give a witty reply to Ben Dunk. 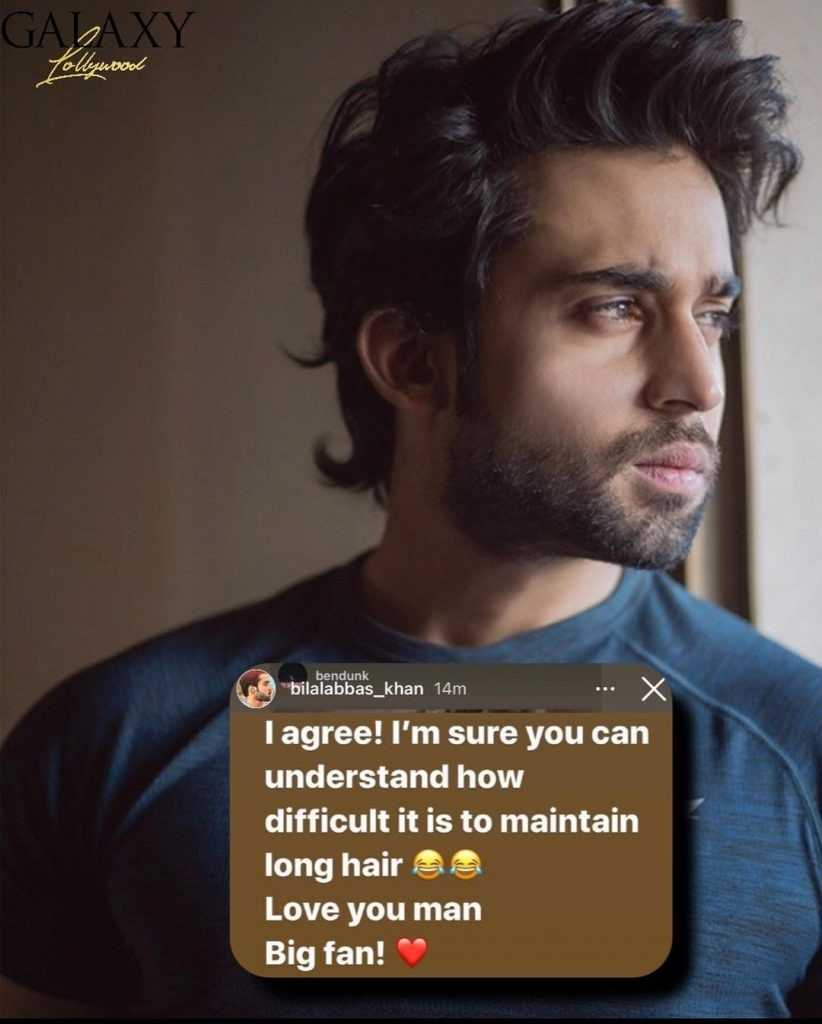 Well, this has to be our favorite wholesome interaction on the internet this week. Bilal Abbas Khan is once again reuniting with his Cheekh team for the new drama ‘Dunk’ on ARY, and the expectations are already pretty high. We can’t wait to catch him on our screens hopefully pretty soon!