The singer called the interruption disrespectful 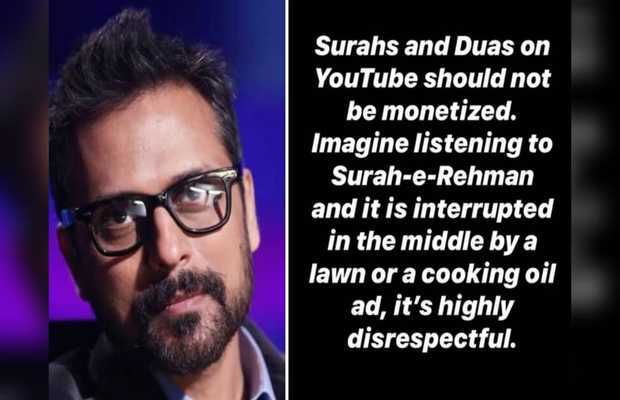 Strings singer Bilal Maqsood has voiced concern over YouTube ads in between Islamic Surahs and Duas and called the monetizing process disrespectful. The singer recently took to Instagram to address the issue.

“Surahs and Duas on YouTube should not be monetised,” wrote the Dur singer.

“Imagine listening to Surah-e-Rehman and it is interrupted in the middle by a lawn or a cooking oil ad. It’s highly disrespectful,” he said.

The singer’s opinion was met with many similar voices and netizens concurred with Bilal on the subject. Earlier Bilal had also taken to social media to raise voice against the potential YouTube ban in Pakistan.