“If you don’t conform to popular opinions. but ask questions and think for yourself…you get cancelled,” Wright said in a now-deleted tweet 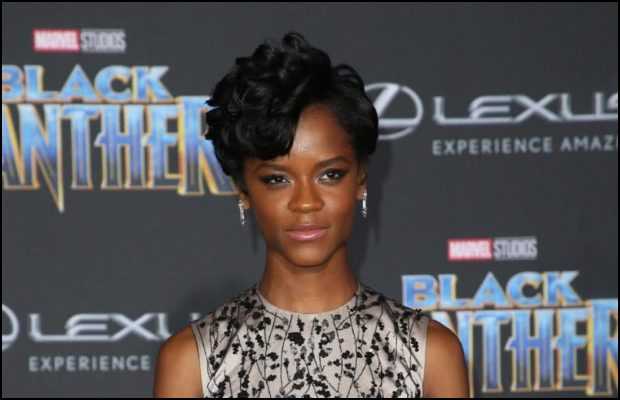 ‘Small Axe’ actress came under fire from social media users after she shared a link to a video that linked stated doubts in the in-progress Covid-19 vaccines, which will begin roll-out in Britain in the coming week.

The video sees On The Table host Tomi Arayomi question the possible antidote, despite admitting he has no medicinal understanding of vaccines.

“If you don’t conform to popular opinions. but ask questions and think for yourself…you get cancelled,” Wright said in a now-deleted tweet, which was originally posted on Friday.

But the internet never forgets. The screen prints of the deleted tweets are still circulating on the internet. 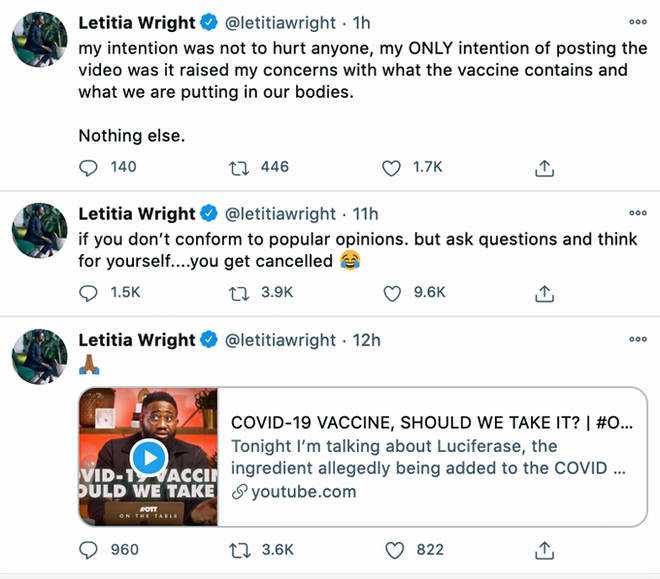 Wright became the target of backlash over her supposed stance on anti-vaccinations.

lord i wish i hadn't looked at why letitia wright is trending pic.twitter.com/WHd8L8MbcH

Sometimes you just got to live with films you love that have trash people starring in them. Up to you of course if you still do. I still love Black Panther but got to acknowledge Letitia Wright is an anti vaxxer.