The wisecracking host of America’s Funniest Home Videos, died while on a stand-up tour. 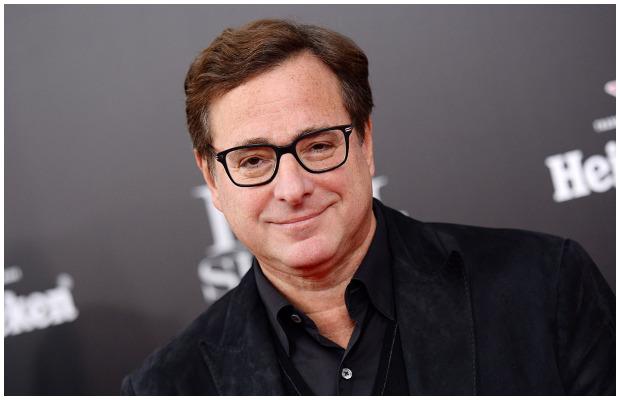 As being reported he was found dead in his hotel room while on a stand-up tour in Florida.

Deputies in Orange County, Florida, were called Sunday about an unresponsive man in a hotel room at the Ritz-Carlton in Orlando and found Saget dead, according to a sheriff’s statement on Twitter.

Detectives found no signs of foul play or drug use in this case.

Saget was in Florida as part of his “I Don’t Do Negative Comedy Tour.”

After warm audience receptions to his gigs Friday in Orlando and Saturday in the Ponte Vedra Beach resort area, he had celebrated online.

Twitter mourns the demise of the legendary single TV dad!

Beautiful Bob Saget passed away today at 65. He had a big, big heart and a wonderfully warped comic mind. He gave the world a lot of joy and lived his life for goodness’ sake. :’^} pic.twitter.com/QVSITsfaVj

Fuck! Saget would have wanted something tweeted that was really funny and in very bad taste. I can’t do that. I’m just so sad. Bob was just great on every level and we will all miss him. #BobSaget pic.twitter.com/EM3EwHIcjx

RIP Bob Saget. Feels incredibly wrong to lose the two minds behind the all-time caustic comedy DIRTY WORK (a stealth Toronto movie, too) within four months of each other. pic.twitter.com/dobITCrlrX

One of TV's legendary dad's has died.

Until I find out my friend Bob Saget's cause of death, I'm just gonna assume irritable bowel syndrome.
It's what he would want.
😥😂

Still in shock. I just spoke with Bob a few days ago. We stayed on the phone as usual making each other laugh. RIP to friend, comedian & fellow Aristocrat Bob Saget. pic.twitter.com/TDKT8JoULq

Bob Saget was as lovely a human as he was funny. And to my mind, he was hilarious. We were close friends and I could not have loved him more. pic.twitter.com/TM8r1hzCfO

Bob Saget was the older wiser ‘me' for nine years on How I Met Your Mother. He was the kindest, loveliest, funniest, most supportive man. The easiest person to be around. A mensch among mensches. 1/7

John Stamos on Bob Saget's passing: "I am broken. I am gutted. I am in complete and utter shock. I will never ever have another friend like him. I love you so much Bobby." https://t.co/89xtNCzUy5 pic.twitter.com/tEXra3T5tp

Candace Cameron Bure on Bob Saget's passing: "I don’t know what to say 💔. I have no words. Bob was one of the best humans beings I’ve ever known in my life. I loved him so much." https://t.co/89xtNCzUy5 pic.twitter.com/0bJ8zAuv1k

Mary-Kate and Ashley Olsen on death of Bob Saget: "Bob was the most loving, compassionate and generous man. We are deeply saddened that he is no longer with us but know that he will continue to be by our side to guide us as gracefully as he always has.” https://t.co/kHSE3o3WmT pic.twitter.com/rPueVfgP7N