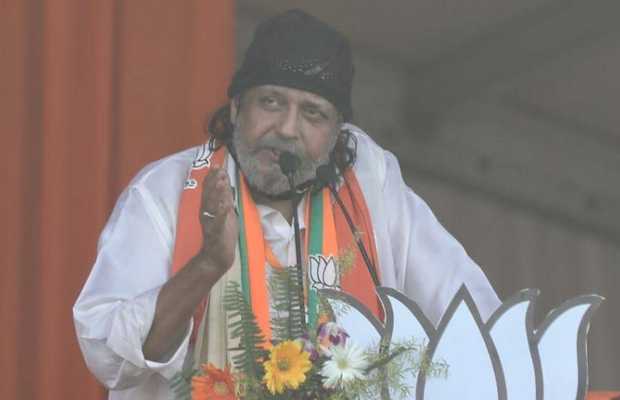 Veteran Bollywood actor has finally confirmed the rumors that were circulating for some time by announcing that he has joined the BJP while addressing a major election campaign rally of Prime Minister Narendra Modi in West Bengal on Sunday.

On this occasion, the most popular actor of the 1980s said that he is proud to be a Bengali, “I know you like my dialogues” he said and also spoke a few famous phrases of many of his hit films.

Addressing the rally just ahead of Modi’s arrival at the Brigade Parade Ground, Mithun said: “It’s been a dream-come-true for me to be present on this podium today with the BJP top-brass and Prime Minister Modi.”

Mithun added: “When I started my career as an actor in Kolkata, we needed to mention ‘behind Jora Bagan Police Station’ on all postal correspondences. Otherwise, those mails would have never reached us. It was such a nondescript neighbourhood.”

“But even in those days, I had a dream — to do something for this state and its people. It is that same urge that has brought me to this podium today. And I give you my word — I won’t run away,” he continued. 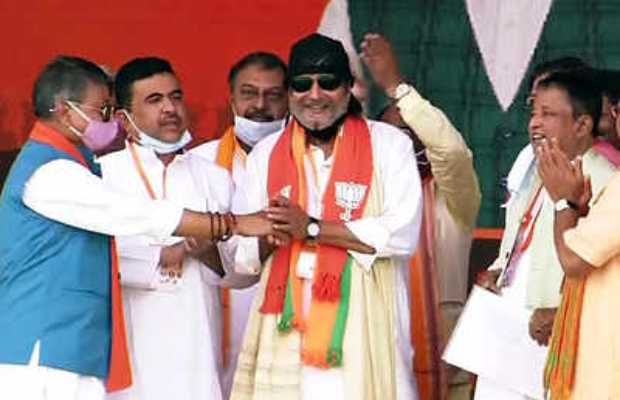 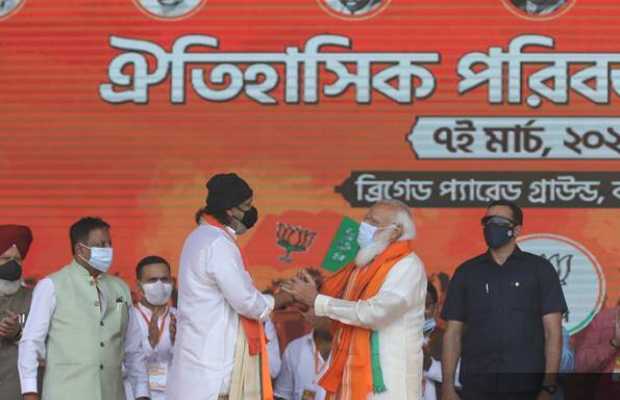 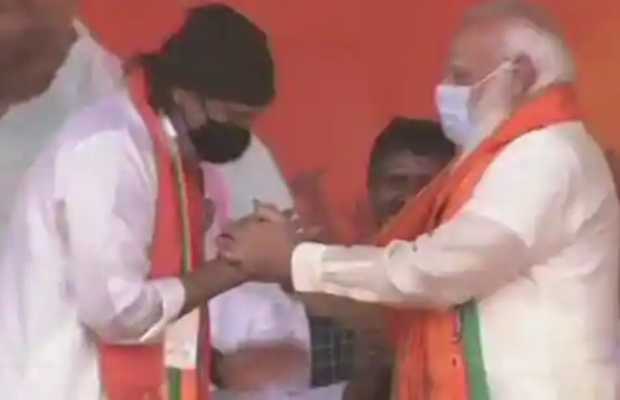 “It’s a dream come true for me to be on stage with the prime minister of the world’s largest democracy,” said 70-year-old Mithan Chakraborty, dressed in white kurta and wearing sunglasses and a hat.

Later Indian PM Modi also addressed the rally. He said, “I have come here today to convince the people of Bengal about the BJP’s resolve to build a new and resurgent Bengal.”

He further added that it is BJP that will bring about a “real change” in Bengal.

Talking about Mithun’s joining BJP, he added: “I’m happy that today, Bengal’s son-of-the-soil Mithun Chakraborty is also with us.”

The moves comes as West Bengal state will be having an eight-phase election to its state assembly, starting on March 27, which will conclude on April 29. While the results of the polls will be declared on May 2.