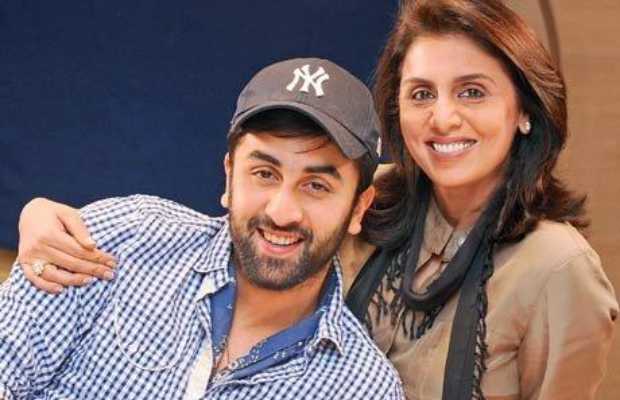 The update regarding his heath was shared by the actor’s mother, Neetu Singh in a social media post.

Neetu shared a picture of her son on Tuesday morning on Instagram with the caption, “Thank you for your concern and your good wishes. Ranbir Kapoor has tested positive for Covid-19. He is on medication and recovering well. He is in self-quarantine at home and following all precautions.” 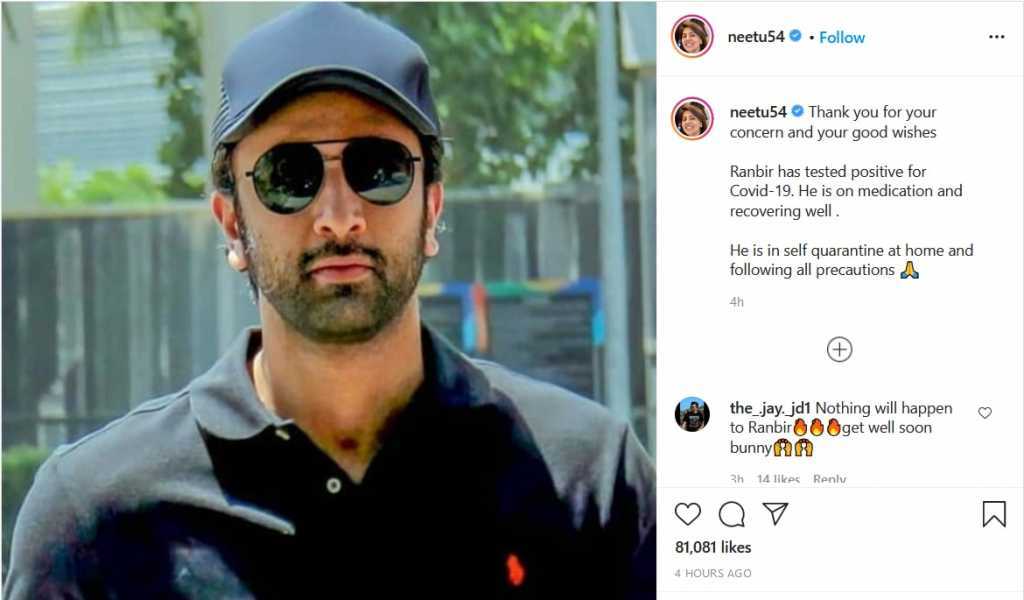 Earlier, Ranbir Kapoor’s uncle, veteran actor Randhir Kapoor had confirmed the news of his sickness. However, at that time he didn’t mention that the actor had contracted the virus. “

I believe he is not well, but I am not sure what he has got. I am not in town,” he told the entertainment portal Pinkvilla.

Ranbir Kapoor was last seen in the film Sanju, has been busy lately in the shoot of the upcoming film Shamshera. While

Ranbir Kapoor, 38, is the latest Bollywood celebrity to have contracted COVID-19 ever since the outbreak of the pandemic.

His mother Neetu Singh contracted coronavirus last year as she was busy shooting her upcoming film Jug Jugg Jeeyo along with her co-stars Anil Kapoor and Varun Dhawan.

Other B-town actors who tested positive for the virus, include Arjun Kapoor, Malaika Arora, and the Bachchan family, of which Amitabh and Abhishek were hospitalised followed by Aishwariya and Aaradhya.