Brad Pitt Does Not Want to Join Instagram, Here’s Why 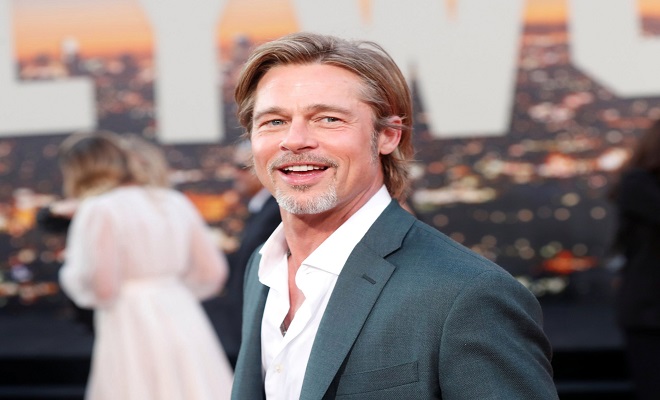 Hollywood’s superstar Brad Pitt who has always been in the news owing to his exciting movies and equally dramatic personal life, will be making an appearance on the screen first time after his dirty divorce with Angelina Jolie. However, despite media’s attention, the actor revealed that he intends to stay away from social media particularly Instagram.

But why? Why wouldn’t Brad share some awesome pics from his real life?

“Life is pretty good,” Brad boosted at the premier of his upcoming movie Once Upon a Time in Hollywood. He stated that thus there is no need for social media drama and it’s never gonna happen.

However moments later, he seemed flexible. “Well, I never say never. Life’s pretty good without it. I don’t see the point.”

Brad also dismissed the rumors of his retirement and indicated that as long he’s alive he’ll continue to make movies.

“No, I don’t know. I enjoy doing other things. I think that one day I’ll just wake up and organically it’ll be done,” said the Mr and Mrs Smith star.

“Maybe I won’t wake up and that’s why it’ll be done,” he stated.

Earlier Brad had said that there’s a huge possibility of him transitioning to a position behind the camera instead of being onscreen. This was mainly due to the actor’s stance that it’s a young guys’ thing now.

For now Brad will be appearing as lead in Quentin Tarantino’s new Once Upon a Time in Hollywood that also features Leonardo DiCaprio and Margot Robbie alongside.