Narrated by Margot Robbie, the speech left Prince William and Kate Middleton in fits too 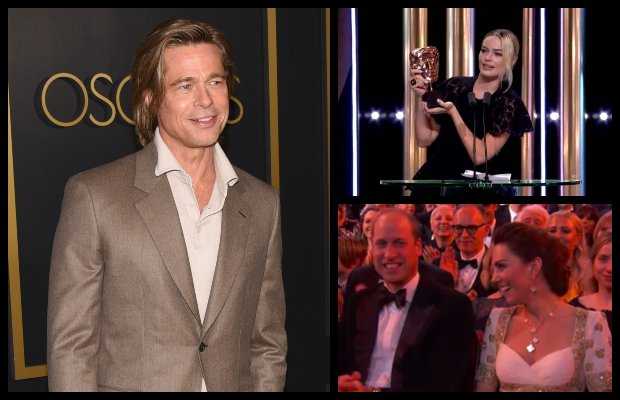 Brad Pitt was not able to make it to Bafta awards held yesterday, however, it did not stop him from garnering the attention of his British fans. With an award-winning speech – literally – the actor got everyone’s attention despite his absence.

Bagging another award for his film Once Upon a Time in Hollywood, Pitt had his costar Margot Robbie accept the award on his behalf and also read out his humorous speech.

“He is going to name this [award] Harry because he is really excited about bringing it back to the States with him,” said Robbie as she narrated Pitt’s joke regarding the infamous Megxit.

Duke and Duchess of Cambridge Prince William and Kate Middleton who were also among attendees of the event, couldn’t help but sheepishly laugh at the royal joke.

Moving on, Brad took a jibe at Brexit and related it to his recent divorce with Angelina Jolie.

“Hey Britain, heard you just became single, welcome to the club, wishing you the best with the divorce settlement,” the 56-year old cracked up the audience through Robbie.

Brad Pitt wins the Supporting Actor award for @OnceInHollywood but Margot Robbie was there to accept it on his behalf! 🌠🙏 #EEBAFTAs #BAFTAs pic.twitter.com/GHnkGiEZpI