Tinder subscriptions 'went up like crazy' after he joked about the app: 'I'm not even really sure how it all works' 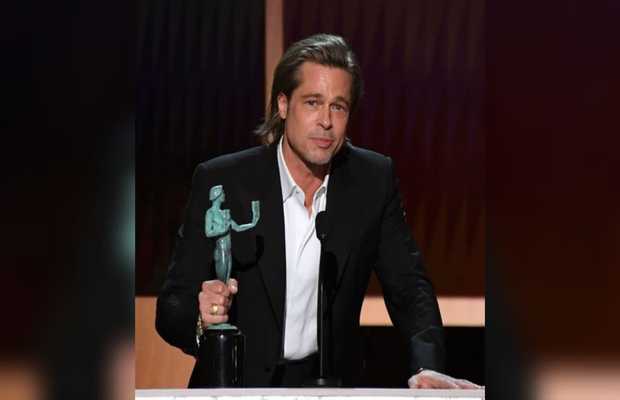 Hollywood star Brad Pitt in a recent interview revealed that he is not on the dating app named Tinder.

It was earlier when 56-year-old actor sparked hope for his fans who could swipe right on him at the 2020 Screen Actors Guild Awards, as he started his acceptance speech by saying, “I’m gonna add this to my Tinder profile.”

For sure many would have been heartbroken, as Brad Pitt denied having a Tinder profile during earlier on Thursday during the Extra TV Interview at the 2020 Santa Barbara International Film Festival.

During the press event, a reporter asked Pitt if he was aware that the dating app subscriptions surged following his 2020 Screen Actors Guild Awards acceptance speech, in which he said he’d add the win to his Tinder profile.

Brad”No, I’m not on it,” the actor responded. “I’m not even really sure how it all works. I just thought it was funny to say.”

tweet
Share on FacebookShare on TwitterShare on PinterestShare on Reddit
Saman SiddiquiJanuary 25, 2020
the authorSaman Siddiqui
Saman Siddiqui, A freelance journalist with a Master’s Degree in Mass Communication and MS in Peace and Conflict Studies. Associated with the media industry since 2006. Experience in various capacities including Program Host, Researcher, News Producer, Documentary Making, Voice Over, Content Writing Copy Editing, and Blogging, and currently associated with OyeYeah since 2018, working as an Editor.
All posts bySaman Siddiqui