Jennifer's actual birthday is on 11th of February, but she was still game to arrange a soiree. 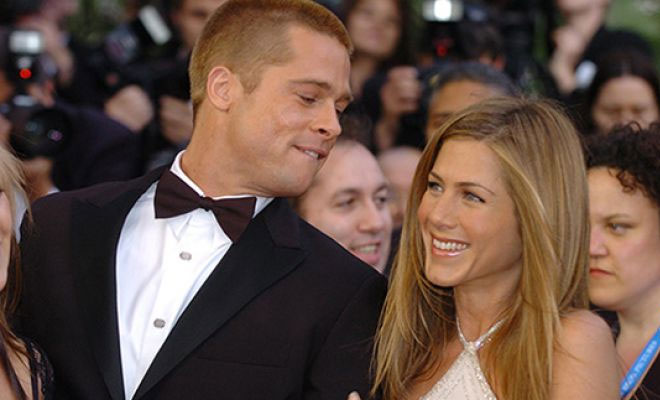 Brad Pitt was seen outside the actress’ 50th birthday party at the Sunset Tower Hotel in Los Angeles on Saturday, reports revealed in international media.

Pitt, 55, made a casual entrance at the hotel, where his ex-wife, who turns 50 on Monday, held her big bash. The actor arrived at the hotspot with his long hair slicked back underneath a cap.

Jennifer’s actual birthday is on 11th of February, but she was still game to arrange a soiree.

Jennifer showed up to her own party is a stylish all-black jumpsuit with criss-crossing string backing.

She and Brad divorced in 2005, though they’ve managed to keep up a cordial relationship in the years since.

The two began dating after meeting on a blind date their respective agents set up in 1998.

They quickly became the ‘it’ couple of the early 2000s, with their every move making headlines. Two years after they met, Aniston and Pitt married.

Their marriage ended on January 5, 2005. The couple announced that they had ‘formally’ separated.

DeGeneres had previously floated the idea of throwing Aniston, who turns 50 on Monday, a party on her daytime show.

It is reported, Aniston isn’t the only ex Pitt has met with recently, as he reunited with Angelina Jolie in Beverly Hills to discuss their ongoing divorce.

The two were scheduled to continue private discussions regarding the custody of their six children, and were seen during tense negotiations. Afterwards, Jolie left for work in Bangladesh while Pitt stayed in L.A.

Meeting up with this ex-spouse will hopefully be a much more relaxed situation for Pitt.