The actor had a rather humor filled award acceptance speech 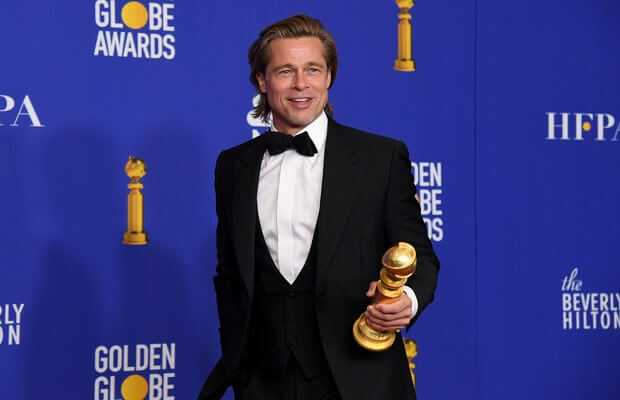 One of the most iconic moments of Golden Globes 2020 is presumably Brad Pitt’s humor-filled award acceptance speech for the Best Supporting Actor in Once Upon a Time in Hollywood. The speech not only left audiences chuckling but also became popular on social media.

“I have to thank my brother in crime, LDC…but still, I would’ve shared the raft,” while thanking Leonardo DiCaprio, Pitt didn’t forget to mention the popular Titanic reference that says Kate Winslet’s character in the 1997 blockbuster could have saved Jack Dawson (Leo) from drowning in cold water by sharing the raft.

Of course, Leonardo had a good laugh as he was reminded by Pitt that Titanic can never get old.

Next up Pitt’s sleeve was a jibe at his own romance life that’s always a hot topic for paparazzi.

“I wanted to bring my mom but I couldn’t, because anyone I stand next to, they say I’m dating,” said Pitt as the audience laughed.

Among the audience was Pitt’s former wife and currently speculated flame Jennifer Aniston who was the direct focus of cameras on this joke. Jen too had a good laugh over the joke.

The joke is now being celebrated on Twitter and even resulted in some memes as well!