Bradley Cooper opens up about directing ‘A Star is Born’ 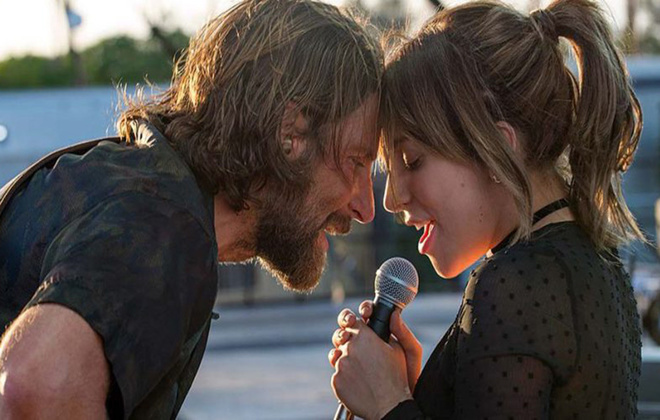 Hollywood star Bradley Cooper made his directorial debut with critically-acclaimed ‘A Star Is Born’ featuring Lady Gaga in the leading role opposite him. To him directing the film felt like a seamless transition.

This film has made a lot of waves in the entertainment industry all across the world and is headed for several awards nominations.

In a recent interview at the director round table with Hollywood Reporter, Bradley Cooper has revealed that veteran actor Robert De Niro motivated him to take the idea of directing a film seriously during their time on Limitless.

Bradley Cooper told, ”I tried to get him to do this movie, Limitless, and combine two characters. That was the first time I tried to cast a movie, even though I wasn’t the director, and I went to see him in his hotel room. ”I was pitching him the whole thing and then he wound up saying yes, which blew my mind because he was my hero. After that movie, he said he thought I should direct”.

He further says that he’d always had a passion but didn’t really feel like he was ready until A Star is Born came along. This film originally was set to be directed by Clint Eastwood, with Beyoncé as the star, he further revealed. He himself pitched the idea to Clint Eastwood.

“In fact, I pitched it to him. He talked to me about doing it before we did American Sniper, but I thought I was too young. Later, it had passed to him, but he said no. Then I actually had a dream, I know it sounds crazy, and I saw the beginning of the movie and went to Warner Bros. the next day. I said, I want to make this low-budget idea of A Star Is Born, here’s what it is. And they said OK. And then it was about just drilling down more and making it as personal to me as I could”.

Initially Bradly Cooper was scared for directing this project, he further tells  in the interview conversation, “I just was too scared. I just wasn’t ready. That’s the one benefit I think I have had, waiting so long. You sort of know when you’re ready for something. I knew if I waited any more it was going to be too long. Just mortality. I’d rather fail having tried than not ever have done it”.

And the film turned out to be a box office hit. Everyone came in praising not just the acting skills for, but also for showing off all the film making expertise no one never knew he had. ‘A Star is Born’ became the career shift Bradley Cooper had been longing for.

The film has already been nominated for quite a few categories at the Golden Globes, including Best Picture, and Best Director and Best Actor nod for Cooper. And is certainly headed for this year’s Oscars.

tweet
Share on FacebookShare on TwitterShare on PinterestShare on Reddit
Saman SiddiquiDecember 16, 2018
the authorSaman Siddiqui
Saman Siddiqui, A freelance journalist with a Master’s Degree in Mass Communication and MS in Peace and Conflict Studies. Associated with the media industry since 2006. Experience in various capacities including Program Host, Researcher, News Producer, Documentary Making, Voice Over, Content Writing Copy Editing, and Blogging, and currently associated with OyeYeah since 2018, working as an Editor.
All posts bySaman Siddiqui