In an official statement released on November 6, Big Hit Entertainment shared that Suga underwent surgery to repair his torn shoulder labrum on November 3. 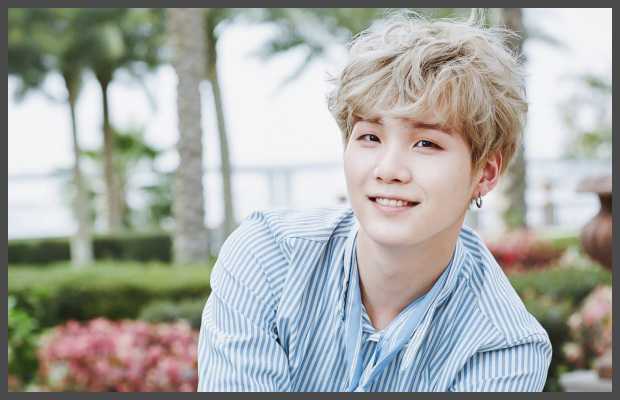 BTS’ SUGA is taking a break from most activities following his shoulder surgery it emerged on Friday.

The Big Hit Entertainment, representative of the K-Pop group BTS on Friday revealed that SUGA had undergone surgery over his torn shoulder on the 3rd Nov.

According to the company, SUGA decided to undergo shoulder surgery to prepare for his upcoming mandatory military service after a discussion with his label.

Because of the surgery, SUGA will be unable to participate in most activities, which could include promotions for BTS’ new album ‘BE’.

The label in a statement said: “SUGA underwent surgery to repair a torn shoulder labrum on November 3. The surgery addressed a problem that had been a constant health and wellness issue for SUGA, and it completed successfully. He’s currently resting and recovering following his physician’s advice that SUGA must undergo a strict and unhindered period of recovery.”

“As many fans know, SUGA has suffered from shoulder-related health issues for a while. SUGA’s shoulder issues began when he was injured in an accident that occurred in 2012 before his debut, and he was diagnosed with a dislocated shoulder in 2013.

Shoulder pains continued until he was further diagnosed in 2019 with ‘posterior labral tear of his left shoulder,’ which means the cartilage around his left shoulder joint has been torn. Since then, he’s continued to receive various treatments to prevent his injury from affecting his activities”, Big Hit Entertainment continued.

“We apologize to every fan who has waited patiently to meet Suga again, and we ask for your generous and loving understanding.

He said, “Please understand this time as being my chance to prepare to meet you again strong and healthy, and even if I must be away for a short while, please wait for me to come back to you”, the label concluded saying, “Big Hit will always strive to ensure the health and safety of all of our artists”.

BTS ARMY and Suga fans wish him a speedy recovery!

Min Yoon-gi, worldwide known by his stage names Suga and Agust D, is a South Korean rapper, songwriter, and record producer.  He made is debut as a member of the South Korean pop idol group BTS in 2013.