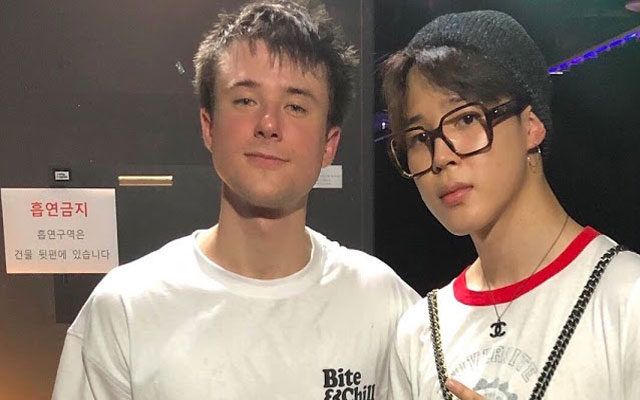 K-pop sensation BTS is currently on their first extended vacation since the band debut. Even though they are enjoying the hiatus, the members of the world’s most popular music band are still available for their BTS Army.

While taking his time to relax, BTS member Jimin held few VLive live streams for members of their Army. Recently, Jimin joined Alec Benjamin at a concert in Seoul.

Adding to the excitement of fans, the official BTS Twitter account posted the mega-event’s photos of Jimin and Alec Benjamin together post-concert. The duo was looking charming as Jimin pose for the photo and Benjamin smiles at the camera.

Jimin, at the concert, sings praises to Benjamin with the caption: “Your voice is heavenly. Thanks for coming.”

Benjamin gave the response to Jimin with sheer love over a tweet: You’re the best,” he wrote with a smiley face and heart.

Benjamin also posted about his views about the Seoul concert and meeting on Twitter. He later tweeted, “Seoul was amazing! Thanks so much for coming to my show, Jimin.” Accompanying the post is another photo of the duo standing in different positions. They look super chill and relaxed. It all makes sense, since it was a truly wild concert.

SEOUL WAS AMAZING ! thanks so much for coming to my show, Jimin . 🙂 . @BTS_twt . pic.twitter.com/mBVCKJr7Pk

During the concert, Benjamin also paid tribute to Jimin by singing a cover of BTS’ mega-hit “Fake Love.” The stripped down version of the hit K-pop song was absolutely serene and highlights Benjamin’s strong singing voice. The crowds at the Seoul concert definitely loved the show as they sang along with him and cheered loudly throughout.

The clips of the cheered moments of the concert are making rounds on social media.