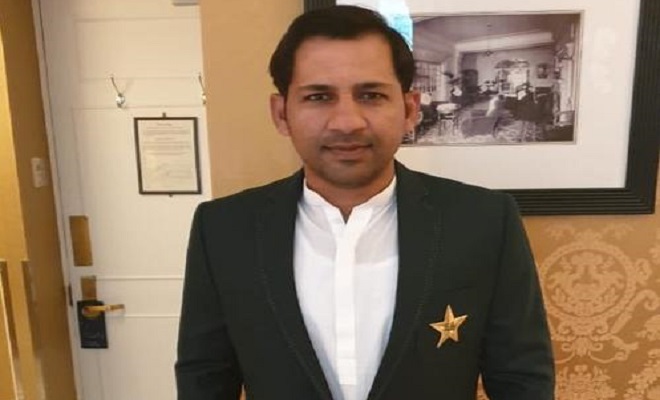 Before the opening ceremony of the ICC Cricket World Cup 2019, all captains of the ten participating teams met with the British Queen Elizabeth II at the Buckingham Palace on Wednesday. Although, the meeting was not a surprise, the Pakistani captain, Sarfaraz Ahmed did take the attendees by a pleasant surprise and won hearts back in Pakistan.

Instead of opting for a suit, the Pakistani captain went ahead and challenged norms wearing a shalwar suit with the official blazer of the Pakistani cricket team. Moreover, Ahmed represented the team and the nation with confidence, smiling his usual reassuring smile.

Pakistanis have been praising the captain for not bowing down to pressure and walking in to meet the Queen in a traditional Pakistani attire, ensuring, he’ll not bow down when it comes to pressure on the cricket field as well.

Here’s how Twitter has been reacting to Sarfaraz Ahmed in shalwar kameez:

Putting above your culture & recognition is above everything. @SarfarazA_54 makes us all proud as he wore shalwar Kameez before meeting with Queen Elizabeth II ahead of #CWC19 Opening ceremony.
Lets bring trophy home! #SarfarazAhmed pic.twitter.com/TdjjHAMGpH