Celebrities Call Out Khalilur Rehman Qamar for Comments Against Transgenders 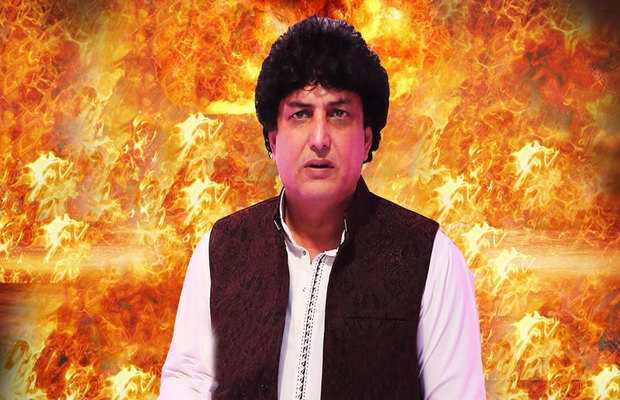 After his recent fiasco with Marvi Sarmad, writer Khalilur Rehman Qamar once again took it upon his shoulders to spew hatred against a particular segment of society. In his latest attempt to further damage his reputation, he went on to degrade the transgender community as he claimed that the Pakistani industry is ‘infiltrated’ with hijrey.

And if that was not enough – we have had more than enough though – he dragged model turned actor Adnan Malik into the mud and called him ‘hijra’ too.

Pakistani celebrities who have had enough of Qamar’s lamentation took to social media and condemned the writer for yet another display of arrogance.

Actress Armeena Rana Khan called him out for ridiculing Allah’s creation as she mentioned the sufferings of the transgender community in Pakistan.

“Shameful! We have people working tirelessly to eliminate transphobia from society. “Hijras” are some of the most marginalised, persecuted members of society. We are all Allah’s creations and he’s ridiculing HIS creation,” tweeted the Janaan actress.

“I hope this abomination sees a swift downfall,” she added.

Ushna Shah too pointed out Khalil’s lack of masculinity that he boasts of as he continues to utter disrespect.

“A real man is one who has all the attributes of what a man should be. An incel coward can never be a real man,” said the Bewafa actress on social media.

Here’s a thought: Gay or bisexual men who identify as male but have sexual preferences other then women are still considered MEN. A REAL man is one who has all the attributes of what a man should be. An incel coward can never be a real man.

Actress turned director Angeline Malik too condemned Qamar and asked the industry to boycott the writer.

“It is sad that no channel is taking any stand and instead is encouraging this filth by allowing him to speak without any censorship on their platform,” said Angeline on Facebook as she categorically stated Qamar’s attitude towards Adnan Malik is unacceptable.

“We all in this industry, may it be a male or female actor, director or producer must collectively decide never to work with this filth. He has insulted each and every one of us. If we all take this stand today no channel or producer will ever purchase his script or produce any serial or film written by him, that will be his end as a writer then he can bark as much as he wants to,” she added.

“We all should stand together and pledge never to work with him Again. #boycottkhalilurrehmanqamar,” concluded Angeline.

https://t.co/wEE5LIkICi we need to STOP this constant disrespect of women on all platforms. Every other channel is allowing this man to abuse women with no censorship on his choice of words. @reportpemra @SheerinMzariPTI @sherryrehman @kashmalamna @marvisirmed

I am DISGUSTED by Khaliul Rehman Qamar for his filthy words & thoughts….
I am DISAPPOINTED by the TV channels who are repeatedly giving him a platform to air his vitriolic attacks on women….
I am SHOCKED at my… https://t.co/4BrNFxzFma

Meanwhile, Renowned producer Sadia Jabbar, writer Asma Nabeel and numerous other women from the TV industry denounce Khalil Ur Rehman over his misogynistic remarks against women on a TV channel.