The spread of Islamophobia is costing innocent lives 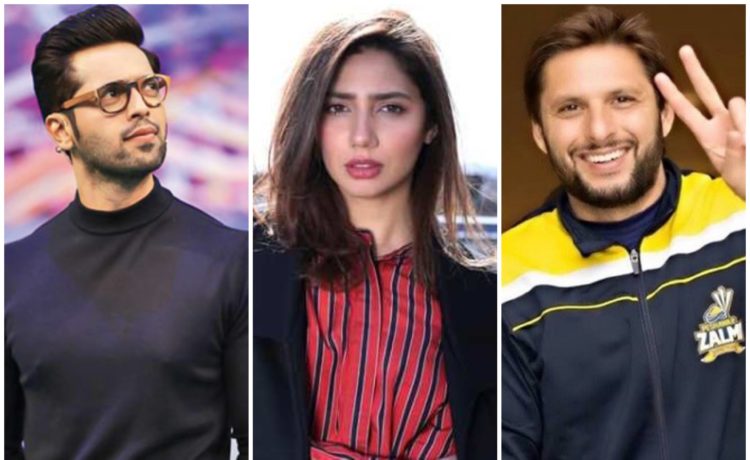 Around 40 deaths and multiple causalities have been reported after a gunman opened fire on Muslims gathered for Friday prayers in a mosque in Christchurch NZ. After the lives lost, the most shocking part of the attack was the gunman live streaming the entire incident on Facebook.

Celebrities, leaders, activists and general public from all over the world have been condemning the brutal racist act against Muslims. The spread of Islamophobia is costing innocent lives. Pakistani celebrities too, are raising their voices against the terror attack.

Heart goes out to all the victims and the families of #ChristchurchMosqueAttack , Terrorism has no religion.

Shocked and strongly condemn the Christchurch, New Zealand, terrorist attack on mosques. This reaffirms what we have always maintained: that terrorism does not have a religion. Prayers go to the victims and their families.

Horrifying tragedy #Christchurch. I found NZ one of safest, most peaceful places, people are friendly. Spoke to Tamim big relief B'desh squad/staff is safe. World must together! stop hatred!Terrorism has no religion! Prayers for bereaved families. May Allah bless the departed.

Today I am deeply saddened by the #NewZealandAttack on the the mosques in #ChristChurch.
May Allah grant the highest place to all victims of this sad incident. My thoughts & prayers are with all the bereaved & their family.
Glad to hear that the #BangladeshCricketTeam are safe.

Condemn in the strongest possible terms, the barbaric, violent act of terrorism at a mosque in Christchurch New Zealand. Unfortunate rise in white supremacist
& Islamaphobic attacks. Thoughts and prayers with the victims & people of New Zealand.

So sad to hear of the #NewZealandMosqueAttack In #Christchurch
My prayers and thoughts are with the martyrs and their families.
Humanity is at a loss, it was a place of worship …
thank god the #BangladeshCricketTeam are safe.

Disturbed by the attack in newzealand..humanity at its worst …my condolences to the families of victims 😞

Heartbroken by the devastating news of deadly shootings at two mosques in New Zealand.

My heart goes out to the families of the murdered and all those impacted by this act of terror. Islamophobia kills – and has no place anywhere in the world.

Shocked to see the visuals of shooting inside Christchurch’s Mosque. Are we not even safe inside places of worship now? #christchurch #NewZealandShooting pic.twitter.com/Qlkcq6TvOd

Inna lillah hi wa inna eliehi rajioon My heart goes out to the families who lost their loved ones in #ChristchurchShooting prayer and thoughts with all effected . Thoughts with #BangladeshCricketTeam as well. This cowardly act has no religion no race.

So deeply disturbing to read about the #Christchurch mosque attack! Prayers with the people of New Zealand and the grieving families.

The New Zealand attack is testament to the fact that TERRORISM & TERRORISTS have NO religion, NO race…and it yet again confirms that Muslims are the biggest victims of TERRORISM. #NZMosqueShooting #NewZealandShooting #ChristchurchMosque #NewZealandTerroristAttack