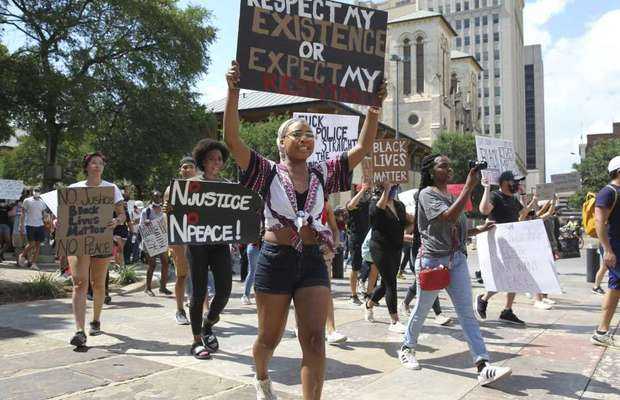 The ugly protests have broken out in the US where on May 25, an African-American George Floyd faced police brutality in Minneapolis. After a video of Floyd being killed, by a police officer knelt on his neck for 9 minutes, surfaced on the internet, hell broke loose as Black Lives Matter movement once again sparked in the country.

In the aftermath of the protests, which also turned violent in some places, Hollywood celebrities have come forward to support the protests and individuals who are getting arrested.

On the other hand model, TV presenter, and a strong critic of Donald Trump, Chrissy Teigen pledged $100,000 to the protesters. However, after being called out for supporting ‘rioters and criminals’ she savagely bounced back.

In celebration of whatever the fuck maga night is, I am committed to donating $100,000 to the bail outs of protestors across the country.

“The cast and showrunner of Brooklyn 99 condemn the murder of George Floyd and support the many people who are protesting police brutality nationally,” tweeted Stephanie Beatriz, who plays cop Rosa Diaz on the comedy show.