Many people have called him out on social media, including Farhan Saeed and Anoushey Ashraf. 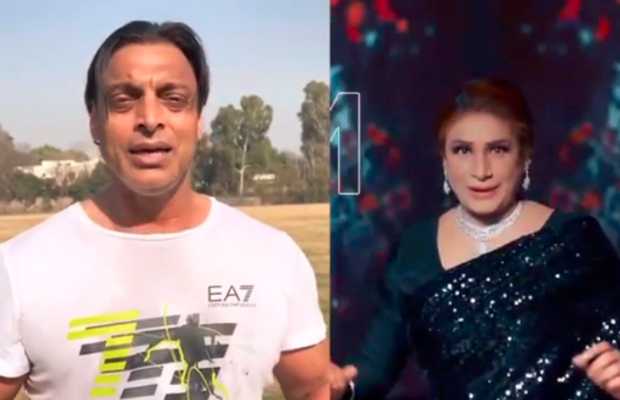 Shoaib Akhtar, former Pakistan fast pacer who came out bashing the Pakistan Cricket Board (PCB) for Pakistan Super League (PSL) 6 anthem is now being schooled for doing so.

The latest PSL anthem has received mixed reactions but for many, a national star sharing such comments was not acceptable for many.

It’s true that you can not force anyone for liking or disliking something, however, there exists a thin line between constructive criticism and ridicule.

Responding to Shoaib Akhtar’s comments popular singer and actor Farhan Saeed replied saying, “It’s his opinion, that’s okay! He has the right, but that’s a stupid opinion is what is my opinion. This song will be a winner in the stadiums, mark it! Well done Zulfiqar J Khan, Aima Baig, and of course Naseebo Lal. Great effort!.” 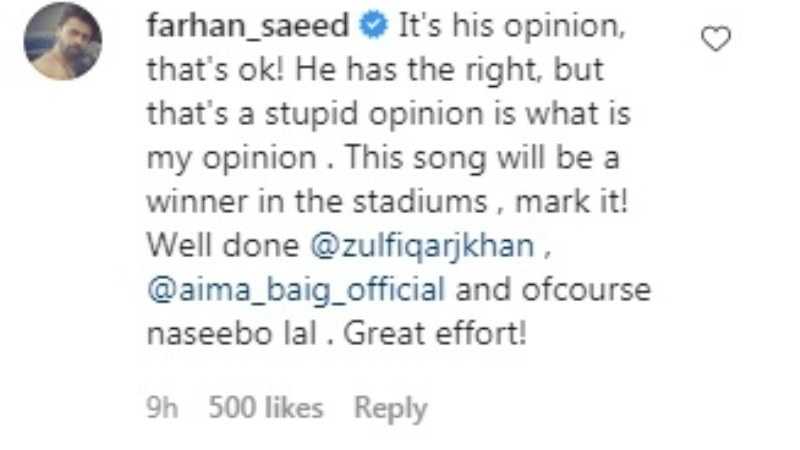 “Oh dear, this is in bad taste. One thing to not like a song, another thing to run down artists, musicians this way,” she commented on Akhtar’s video shared by Hello! Pakistan.

“Big fan of Shoaib Akhtar but not the way he’s bashing the new anthem. Some people, including many of your friends, fans, and family, like the track. Difference of opinion is welcome, degrading someone’s work isn’t,” she pointed out. “Don’t like the track, cool. Hating on it this way? Not cool’, she added. 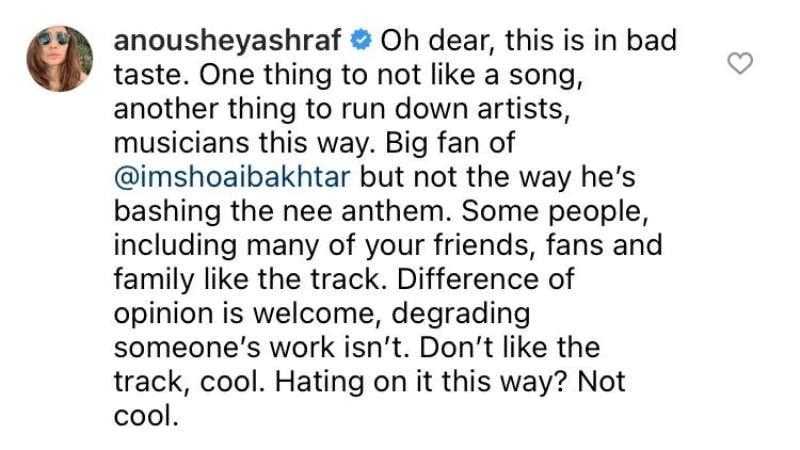 Actor Haroon Shahid also joined the bandwagon and responded by saying. “Criticism is important, the manner in which you criticize is equally important otherwise you lose the intention behind it.”

Enough said on Shoaib Akhtar's comments on the PSL 6 anthem. The fact is I'd stand behind if someone tried to disrespect him in the same manner. Peace! Let's hope for a fantastic cricket competition once again. Pakistan Zindabad ❤️

Meanwhile, netizens who are active on other social media platforms are also discussing Shoaib Akhtar’s criticism.

Imagine you are making rap songs since a decade, hustling since 2009 according to yourself, finally getting featured in a psl song just to be called "rangeelay rapper" by Shoaib Akhtar in the end😂😂😂

Shoaib Akhtar and his salty comments are damned, this is a great song. May not agree with the typical agency "slice of life" shots but the curated shots are great. Honestly, the snippets posted on social media don't do it justice. @OfficialPSL @HBLPakhttps://t.co/dqs3dcYdbC

After the #psl6anthem criticism scenario by #ShoaibAkhtar#NaseeboLal you definitely set the Groove right with this anthem thanks to @zulfiqarjkhan ! 🙏 pic.twitter.com/pEd2W4g7i3

tweet
Share on FacebookShare on TwitterShare on PinterestShare on Reddit
Saman SiddiquiFebruary 12, 2021
the authorSaman Siddiqui
Saman Siddiqui, A freelance journalist with a Master’s Degree in Mass Communication and MS in Peace and Conflict Studies. Associated with the media industry since 2006. Experience in various capacities including Program Host, Researcher, News Producer, Documentary Making, Voice Over, Content Writing Copy Editing, and Blogging, and currently associated with OyeYeah since 2018, working as an Editor.
All posts bySaman Siddiqui