A wonderful opportunity for him to show off his talent as never seen before. 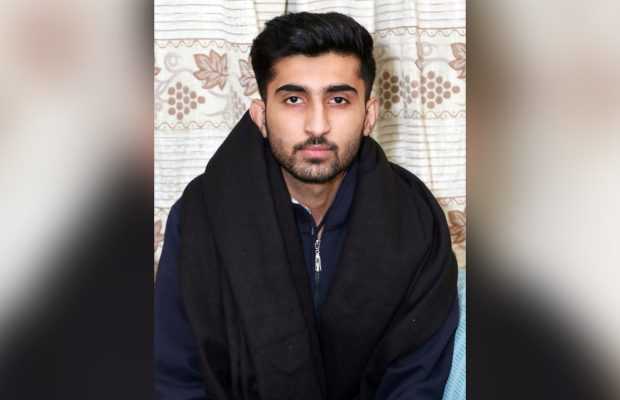 The Pakistani actor and filmmaker, Ch Moazzam Ishaq, is working on another Pakistani project for ARY Digital. This time it will be ‘Dunk’, a production of Big Bang Entertainment under Fahad Mustafa and Dr. Ali Kazmi. His role is expected to be of the male antagonist, but the details of the character are yet to be made public. Very less is known about the upcoming drama serial as most of its details have been kept highly secretive.

The few details that are known is that it is directed and written by Badar Mehmood. The other cast members include Bilal Abbas and Sana Javed as the lead roles of the couple Haider and Amal, while Fahad Sheikh, Azekah Daniel, and Nouman Ejaz will also be among the actors playing the part the drama serial. The genre of the show is a mystery/thriller which revolves around a murder case. According to sources, 8 episodes of the drama series have been shot.

Moazzam was last seen on television in the cast of the drama series ‘Do Bol’ by Huzu Productions, this got him the experience to work with Syed Wajahat Hussain. For Dunk, his fan base is eager to see him perform for the first time in a negative role.

He had some very interesting things to say about the upcoming drama ‘Dunk’. “It has always been a very deep desire of mine to get to work with the super talented Fahad Mustafa and learn things from him as my mentor. I feel that his and my journey into the industry is quite similar and I’ve always looked at his footprints when in doubtful situations. ‘Dunk’ will certainly be worth the wait as everyone is doing a phenomenal job on it”, shares Ishaq.

Undoubtedly, Fahad Mustafa is one of the few people in the Pakistani drama industry who have worked through the ranks and made it to the top to set examples for everyone else to follow.

Ishaq came on the radar of Pakistani directors and filmmakers after getting acknowledged for his talent and capabilities as an actor. He was nominated for the Best Emerging Talent at the Lux Style Awards in 2018. After that life-changing milestone, directors just had to have Moazzam in their upcoming projects.

Unfortunately, he could not appear in any other drama series after ‘Do Bol’ due to the catastrophic situation of the Pakistani showbiz industry due to the strict gathering restrictions at the start of 2020. Therefore, he could not get into a lot of new projects and perform as well he should have.

When asked about being approached by Badar Mehmood’s project, Ch Moazzam Ishaq responded, “It was one of the most defining moments of my career when I was approached and told about his upcoming television project. My response was simply that I was extremely humbled and honoured.”

This young actor has been around the best emerging talents in the Pakistani drama industry. He has worked with Zara Noor, Hira Mani, Affan Waheed, and Iqra Aziz and considers them all to be his mentors. No official release date for ‘Dunk’ has been announced yet, we will share more details on this once it gets to our sources.