Most recently he starred in Da 5 Bloods, a drama directed by Spike Lee, playing Norman Earl Holloway, a freedom fighter in the Vietnam war. 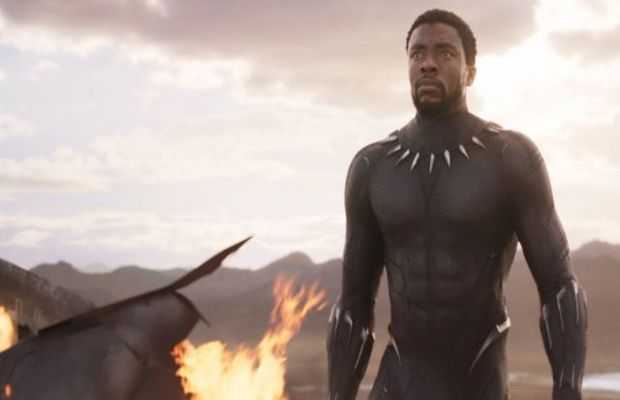 Chadwick Boseman, the US actor best known for playing Black Panther in the hit Marvel superhero franchise, has died of cancer aged 43 on Friday.

Boseman died at his home in the Los Angeles area with his wife and family by his side, his publicist Nicki Fioravante told The Associated Press.

He was diagnosed with stage 3 colon cancer in 2016, according to his family.

In a statement, his family said, “A true fighter, Chadwick persevered through it all, and brought you many of the films you have come to love so much”.

“From Marshall to Da 5 Bloods, August Wilson’s Ma Rainey’s Black Bottom and several more – all were filmed during and between countless surgeries and chemotherapy. It was the honor of his career to bring King T’Challa to life in Black Panther.”

His most recent outing was Da 5 Bloods, a drama directed by Spike Lee, playing Norman Earl Holloway, a freedom fighter in the Vietnam war.

Tributes for Chadwick Boseman pour in on social media from fans, followers, and his peers.

Our hearts are broken and our thoughts are with Chadwick Boseman’s family. Your legacy will live on forever. Rest In Peace. pic.twitter.com/DyibBLoBxz

becoming a long-awaited hero to millions around the world, and inspiring us all to dream bigger and demand more than the status quo. We mourn all that he was, as well as everything he was destined to become.

The true power of @ChadwickBoseman was bigger than anything we saw on screen. From the Black Panther to Jackie Robinson, he inspired generations and showed them they can be anything they want — even super heroes. Jill and I are praying for his loved ones at this difficult time.

To a hero who transcends universes. Wakanda Forever. Rest in Power Chadwick. pic.twitter.com/F5YhIbK4wg

This is too much of a shock to even begin to process it.

Rest In Peace, Chadwick. You were a warrior – on screen as well as off it. https://t.co/uIC9S2Tr1D

Just when you thought 2020 couldn't get any worse…

A deeply gifted man is gone too soon. His memory will blaze on fiercely… from here to eternity.#ripChadwick https://t.co/CBVoNBpuII