Challenging the wrath of the society; Mohsin Abbas Haider talks about playing a pedophile

Mohsin, along with the whole team of Meri Guriya, wants to educate society, especially parents 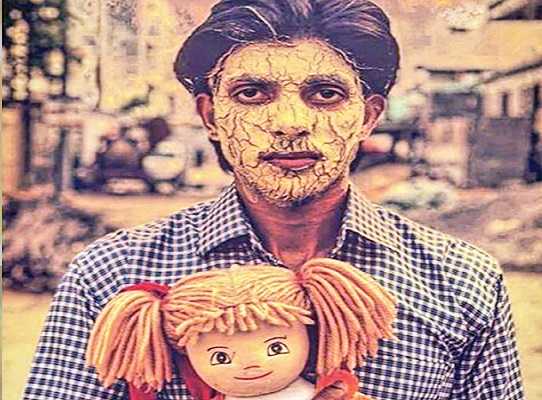 “When my daughter used to cry at the slightest inconvenience, it was unbearable for me. Imagine being in place of parents of Zainab or any such child. So, I wanted to play this character. It was my responsibility to do so.” There was a great deal of pain in his voice or perhaps fury. It was hard to be sure.

Mohsin Abbas Haider’s latest play Meri Guriya, started airing last week and has been the talk of the town. The topic, child abuse is considered taboo in our society. Mohsin, along with the whole team of Meri Guriya, wants to educate society, especially parents.

“People at times try and look at the reasons of why someone becomes a pedophile. We are not going in that. I have absolutely no time to look at the reasoning. It’s a sickening act and should be dealt with the firm hand of the state. We have been doing research in terms of law of the land and religious text, and the culprit, will get the punishment he deserves (in the drama). Moreover, we want to talk about the communication gap b/w children and parents in our society. As a child, my mother’s favorite threat was I will tell your father. So, I could never have that bond with my father. Similarly, in our society there is a gap, a distance. In the play, Sania Apa (Sania Saeed) is playing this vital role of the mother. Her character will show us how parents can be proactive in safeguarding their children. For some reason, we cannot have such education at school. Parents also shy away from such discussion. Therefore, such incidents happen to some degree. A child should be well informed that even if it’s your uncle, or a complete stranger there are certain boundaries. I sincerely hope people watch this drama and this conversation starts. Plus, we also have shown how the family of culprit reacts. It is not their fault that such a monster is from their family. So, we don’t care for TRPs and ratings. This is about the message we want to deliver.”

Suffering tragic loss of his own daughter due to illness; has perhaps given Mohsin a perspective of what is most important in life and he is using this platform to highlight such issues.

“Look, I understand that as artists, we have to entertain people. But in the same way, we have a responsibility to try and improve society. We are at a privileged position, so we have to make sure we make the best use of it. Even If you look at my career, so far I have tried to entertain people but there is an element of social messaging to it. Be it with my radio show, BNN, Four man show, Mazaqraat; I have to tried to entertain people at the same time, there was some message either through political satire or concealed messaging. There was always this idea that if I can somewhere impact the society positively using this platform, why not. It is my duty to do it. I learned things myself, and became a better person for it, along with my fans and followers. This is why I signed for such a negative and terrible individual’s role.”

If you hate something or someone, it is perhaps easier to channelize that hate and play hero against it. Mohsin, had the difficult to job to play someone he abhors. How has he managed so far?

“This character has isolated me. I am not a very social person anyway but this has been exceptionally difficult and I feel isolated. Having Sania Apa has helped me immensely. We do our shoots and sit down as a team quietly in the next room. Sometimes we cry. This has become a detoxicating exercise for us. Sania apa is always consoling. I couldn’t do the shot in presence of Bakhtawar (the child artist). So we took separate shots for me, with me looking at a marker. Sania apa told the director, not to discuss her character, just tell me what I have to do on the day of the shoot. Imagine, she is such an experienced artist, it was traumatizing for her. It felt terrible. But it was important to do it.”

How does one ensure that the child artist is not traumatized by this experience?

“This was everyone’s prime concern. The process initiated with Bakhtwar’s mother. She comes on set together. We talk to her individually and as a group too. She is an intelligent kid, and understand what dramas and characters are. With every shoot, we make it clear what is happening and why it is happening. Plus, we talk to her about self-defense. I am sure a lot of parents and kids will learn from this play, especially the role Sania Apa is playing. It’s an important role, as she takes stand for her children and mothers in our society can gain confidence by watching someone like her play this role.”

Something, we are acutely aware of is how our state is lax in such cases. Zainab’s case caused uproar on social media and was taken up by the traditional media. Therefore, whole of state machinery got involved and captured this monster. Does the drama also touch upon on how other cases are neglected?

“This isn’t just about one incident only. It’s a fictional character. Every child, in the world in the same for us. So this isn’t about just Kasur. We have tried to talk in the larger perspective. As for the question of Pakistani state, we will try to give them a reminder to focus on such pending cases. To be honest, if the society awakens, such cases will reduce and pressure will also mount on the state to act.”

One thing, we get to see a lot in TV is people being type cast. I asked Mohsin if he was skeptical of being given such stereotypical character in the near future.

“It’s funny you asked, because I was just offered another negative character and I politely declined. Thankfully, I am in a position where I can pick and choose. If you look at my career I started out with comedy. Then when I switched to TV, I took up serious roles. Roles where there was progression and character development. I am a theatre actor and thrive on challenges. Its on me to seek such roles and I am hopeful, this role will not define my journey, as vital and important it is.”

We often complain about how our dramas only talk about Saas and Bahu problems. Mohsin Abbas Haider, and others have given out of their way to show this society a mirror. That in my opinion is the most important role for an artist. Immense credit to the whole team of Meri Guriya, for taking this brave step. Let’s hope as a society we learn something from it.