‘The character I am playing has a journey’, shares Ramsha Khan about her upcoming drama series “Mangharat”.

She has another drama series lined up to go on-air soon on ARY Digital! 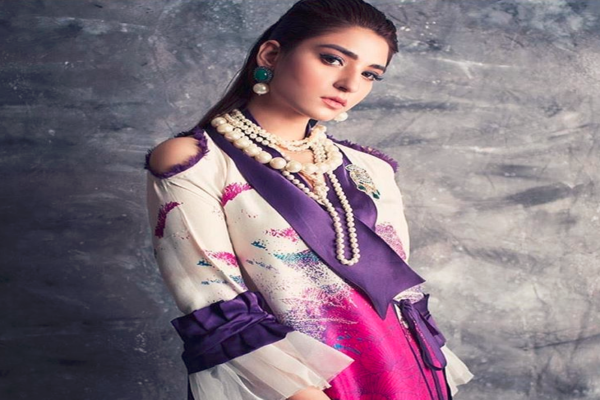 Young, talented actress Ramsha Khan will soon be sharing screen with exciting drama serials. We came to know that she has two fabulous plays lined up, one is ‘Mangharat’ and another is on ‘Khudparast’ that’s going to be on air soon on ARY Digital. Her recent play Mahetamam on Hum TV just ended last month.

OY happen to get a quick chat with Ramsha about her role in upcoming series Manghart, on asking about her character. She revealed, “I’m playing Marium, who is a very loving sister and a daughter, she’s very innocent and gradually becomes mature and assertive as the story progresses”.

On asking upon, about the story of the drama, OY came to know that this drama Mangharat is based on three true stories. And it mainly focuses on how parents get their daughters married to boys and families settled abroad and how the old saying goes ‘All that glitters, is not gold’ comes into perspective eventually.

This drama series is written by Samina Ijaz and directed by Ahmed Bhatti, who has also directed hit series naming Ghairat, Qurban, Baydardi.

We asked Ramsha, why she chooses to play this particular character of ‘Marium’ in the play.  She replied, “Because it highlights one of the things that’s been and is still happening in our society, I don’t think people have shed light on this issue for the longest time yet. The character has its journey, how she gets betrayed, and then stands up for herself and her family over a period of time”.

As she has another drama series all lined up to go on-air soon, Ramsha Khan shared her excitement with OY. “Right now I am excited about Khudparast that is going to be on air soon on ARY Digital. I have played a negative character in this drama. It has Shehzad Sheikh, Asma Abbas, Nausheen Shah and me – stay tuned for that and then this drama by the end of the year”, she added.

From OY we wish her the very best for all of her upcoming ventures. And just like her fans, we all are excited to see her perform in both the series ‘Mangharat’ and ‘Khudaparast’.

tweet
Share on FacebookShare on TwitterShare on PinterestShare on Reddit
Saman SiddiquiSeptember 17, 2018
the authorSaman Siddiqui
Saman Siddiqui, A freelance journalist with a Master’s Degree in Mass Communication and MS in Peace and Conflict Studies. Associated with the media industry since 2006. Experience in various capacities including Program Host, Researcher, News Producer, Documentary Making, Voice Over, Content Writing Copy Editing, and Blogging, and currently associated with OyeYeah since 2018, working as an Editor.
All posts bySaman Siddiqui