He died of bleeding in the head. 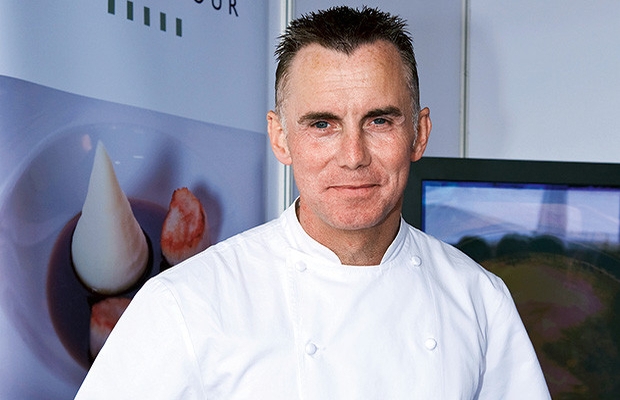 The culinary world is mourning the sudden death of British celebrity chef and TV presenter Gary Rhodes who passed away in Dubai last Tuesday, November 26.

Known for his spiky brown hair and love of British cuisine, CHEF GARY RHODES OBE died in Dubai aged 59, according to the statement given by his family.

“The Rhodes family are deeply saddened to announce the passing of beloved husband, father, and brother, Gary Rhodes OBE,” read the official announcement.

“The family would like to thank everyone for their support and ask for privacy during this time.”

According to the sources Rhodes had a great day shooting for his show on ITV, he came home in good spirits, had a bath, and then dinner with his wife Jennie. It was while preparing for bed that he collapsed.

He was taken to Al Zahra Hospital in Dubai where he passed away due to “subdural haemetoma”.

His first two restaurants situated in London, each earned a Michelin star in the 1990s.

He was the star of countless British television shows including MasterChef and Strictly Come Dancing. He also appeared on the cooking show “Hell’s Kitchen,” and also hosted two seasons of “Masterchef USA” and presented his own series, “Rhodes Around Britain.”

Chef Gray had earned five Michelin stars and penned 18 recipe books. His restaurant, Rhodes W1, which has been closed since Rhodes passed away will remain shut for the week.

We lost a fantastic chef today in Gary Rhodes. He was a chef who put British Cuisine on the map. Sending all the love and prayers to your wife and kids. You’ll be missed Gx pic.twitter.com/RRWlWhjup8

I’m so sad to hear of Gary Rhodes’ death. His poor family. He was such a talent, nothing to do with the showbiz aspect. Remember his food from the Castle Hotel and the Greenhouse so fondly and admiringly.

I have not only lost a brother but a best friend too. Gary you will always be by my side, in my thoughts but most of all in my heart. The times I have spent with you have been some of the most special of my life. Rest in Peace beloved man – love you always pic.twitter.com/YEq3ih4QeF

Very sad to hear about Gary Rhodes. Nostalgic memories for me of the early days of the BBC Good Food Show with his spiky hair, big check trousers but enormous skill, he was the absolute star. He loved British food and influenced many a chef including me. What a loss pic.twitter.com/SXuL5xWG3a

1/2 I’m deeply shocked and hugely saddened to hear the tragic news about Gary Rhodes. He is one of the greatest British chefs who almost single handedly put British food on the world stage. Taking simple ingredients, embracing classic dishes & making something world class

Re Gary Rhodes I also have to say that his book, New British Classics was one of the greatest cookbooks of the last 30 years. My copy is heavily thumbed, heavily stained and always used

We are all very sad to hear of the passing of Gary Rhodes. He was an inspirational chef and British gastronomy owes him a huge debt. Our thoughts are with his family and friends.