#RIPIrrfanKhan: Deepika Padukone shares a silent tribute to the actor

Deepika worked with Irrfan on Piku. The duo shared a heartwarming bond on-screen in the Shoojit Sircar directorial. Instead of showering words for the actor, Deepika chose to offer her silence to show her respect for the actor. 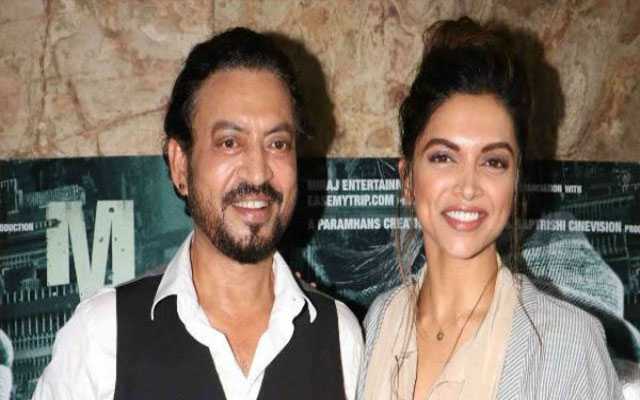 Bollywood has faced a great loss that can never be compensated in any way. The legendary actor Irrfan Khan breathed his last today, after battling for months with cancer. The actor, who was rushed to the hospital yesterday following a colon infection, passed away this morning. He was 53.

Among the Bollywood star who expressed their deep condolences on the sad demise of the Hindi Medium actor. Actress Deepika Padukone also joined the fraternity and paid homage to the actor.

Deepika worked with Irrfan on Piku. The duo shared a heartwarming bond on-screen in the Shoojit Sircar directorial. Instead of showering words for the actor, Deepika chose to offer her silence to show her respect for the actor.

Without uttering a word, Deepika painted Instagram black with a blank post and the hashtag, “#irrfankhan” and a heartbreak emoji.

The post of Irrfan’s co-star in Piku drenched in pain denoted several emotions.

Irrfan was laid to rest at the Versova kabrastan in Mumbai. The funeral took place at 3 PM on Wednesday. He was buried in the presence of his family, close relatives and friends.

“He was strong in his fight, and we all have to be strong too in this loss,” read the statement from his family.

Announcing the demise, Irrfan’s family said, “It’s saddening that this day, we have to bring forward the news of him passing away. Irrfan was a strong soul, someone who fought till the very end and always inspired everyone who came close to him. After having been struck by lightning in 2018 with the news of a rare cancer, he took life soon after as it came and he fought the many battles that came with it. Surrounded by his love, his family for whom he most cared about, he left for heavenly abode, leaving behind truly a legacy of his own. We all pray and hope that he is at peace.”