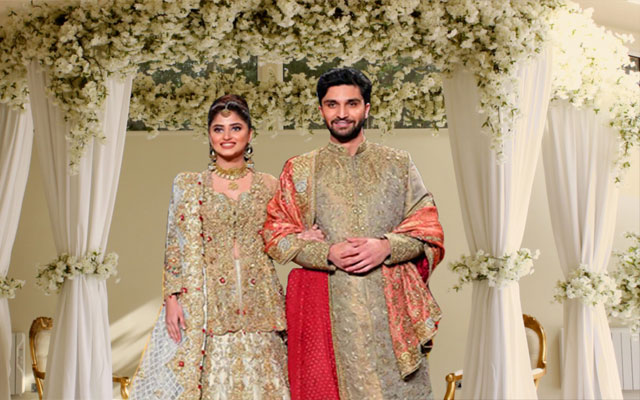 DG ISPR took to social media on Sunday and extended heartiest congratulations to the most admired couple of Pakistani showbiz industry and their families on the betrothal.

“Heartiest congrats Ahad, Sajal & families on the engagement. Stay blessed. Millions of Pakistani viewers and your fans should be ready to see you on screen in a lifetime role for ISPR as Capt Saad during this August, IA,” he tweeted. 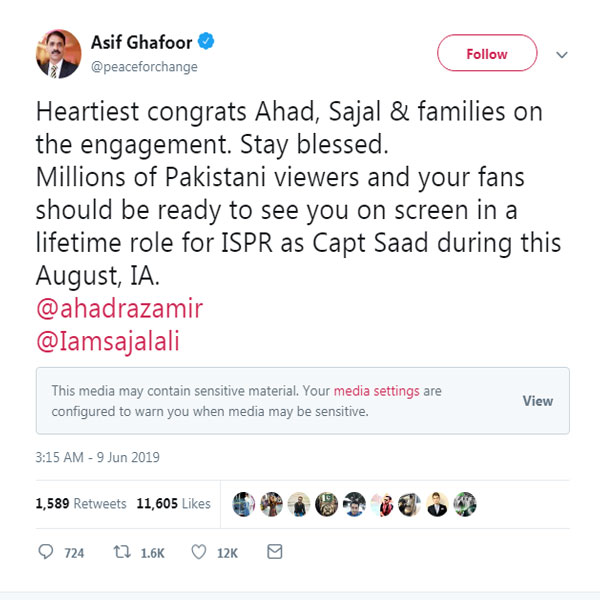 The celebrity star Ahad Raza Mir recently announced his engagement with longtime friend and actress Sajal Aly in an Instagram post with a picture of their engagement and received well wishes from fans and showbiz celebs.

The actor was rumoured to be in a relationship for months has finally made it official last week after their engagement.

“Here’s to new beginnings. Today we are happy to announce that with the blessings of our families we are officially engaged. Our special day will be even more special with the love and prayers of our family, friends, and fans.” Ahad wrote on his Instagram post. 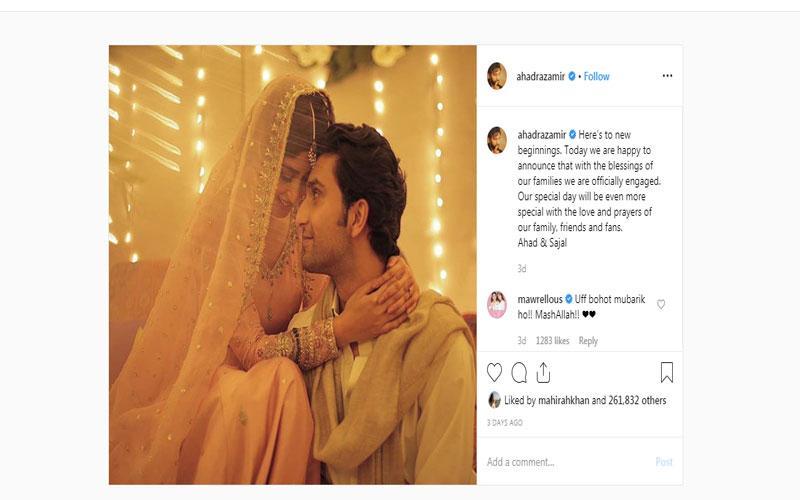 On the work front, Ahad and Sajal are sharing on-screen chemistry on Hum TV’s serial Aangan. The story has extracted from Khadija Mastoor’s novel of the same name which based on the partition of the Indian subcontinent.