The actor revealed his crushes among co stars in an online interview. 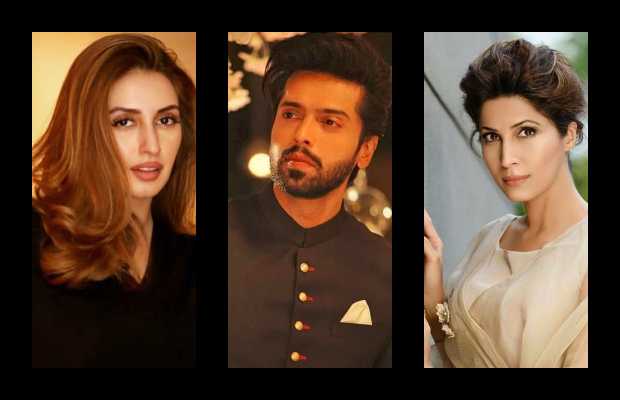 Popular game show host and actor Fahad Mustafa recently confessed in an online interview that he had a crush on popular model Iman Aly which ended when he met her in person.

“I had a crush on her but when I met Iman I was like,” the actor held both his hands together in an apologetic manner. Both the host and Fahad laughed and moved on to the next question.

Fahad also revealed in the same interview that he had a crush on Vaneeza Ahmad too and he does to date. “She’s also in one of my projects and whenever I talk to her, till today there is this weird smile on my face,” he confessed.

The actor was also questioned about his silence amid the Khalilur Rehman controversy to which he replied:

He added, “I try and remain quiet. I don’t think that it’s important for us to comment on everything.”

On the work front, the actor will appear on the silver screen alongside Mahira Khan in Nabeel Qureshi and Fizza Ali Meerza’s Quaid e Azam Zindabad. The film is scheduled to release on Eid ul Azha this year.