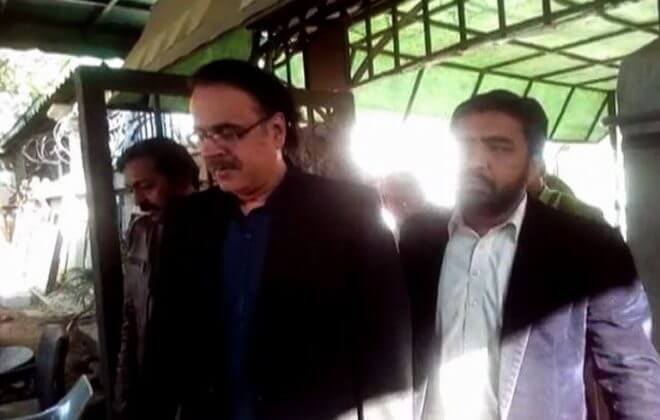 Senior anchor person and political analyst Dr. Shahid Masood has been arrested from court premises in PTV corruption reference, following his bail was rejected by a local court.

It was last month when the anchorperson fled the special court after it rejected his application for pre-arrest bail and ordered the authorities to arrest him in the PTV corruption case.

The Federal Investigation Agency (FIA), arrested Dr Shahid Masood from the premises of the Islamabad High Court (IHC) after his pre-arrest bail petition was dismissed.

The famed political analyst is accused of being involved in the embezzlement of Rs37 million during his tenure as managing director of Pakistan Television.

According to the FIA, he signed an agreement with a fake company to obtain the media rights for the Pakistan Cricket Board.

The officials earlier said that the state-owned television channel PTV, suffered a huge loss because of the agreement.

During the court hearing, PTV’s counsel Muhammad Nazeer Jawad explained before the court that Dr. Shahid Masood had signed a broadcasting rights agreement in exchange for cricket matches with fake a company.

At the time of the agreement, He paid the company a sum of over Rs30 million. The entity was registered in Lahore and provided catering services. “No one besides Masood and Rabbani knew about the fake company”, the counsel maintained.

As being reported, co-accused Rabbani has returned a sum of Rs10.2 million against the dismissal of bail. The second accused Roshan Mustafa Gilani also reportedly returned Rs8 million after his bail was rejected. Both the accused remarked that Masood should pay the remaining amount.

Masood’s counsel Advocate Shah Khawar said that his client’s name was not included in the first information report.

He further added before the court that he had signed the documents prepared by the legal advisor while the inquiry committee declared Masood responsible for an agreement with the fake company when he was not included in the inquiry and had resigned.