Drake opens up about his equation with Rihanna

The rapper said the singer was like his family still 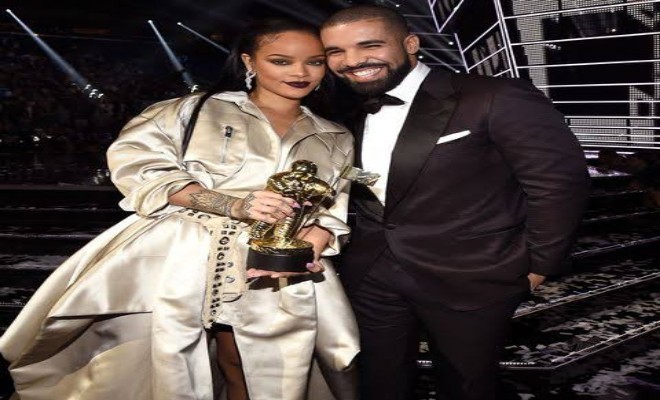 There is so much to Drake than just his hit numbers. In fact the rapper is controversy’s favorite child and has had his fair share of stories in the span of his career.

Similarly Drake and his romantic trysts and breakups are nothing new but what is new is the fact that he is ready to address a few.

In a recent interview on Rap Radar Drake opened up about his former flame Rihanna and her ex-boyfriend Chris Brown.

Drake and Chris, both of whom have dated Rihanna in the past, collaborated on No Guidance this year, putting a rest to the cold war between the two.

Talking about working with Chris, Drake shared how it felt that they were forcing it and had resentment for each other.

The hit-maker then added, “You know, really at the end of the day, when you kind of step away from it and break it down, you start to feel silly because it’s over girl stuff. But obviously that could snowball into real s–t and that’s what happened in this situation.”

Drake has been linked to Rihanna after her breakup with Brown and how he literally left her battered. Together, both Drake and Rihanna collaborated and create some hit numbers with What’s My Name, Take Care, Work and Too Good.

“That person (Rihanna) that was in the middle of us is no longer a part of either of our lives currently and I have the most utmost love and respect for her. I think of her as a family more than anything. I felt, I actually had kind of a moment of hesitation before because I didn’t want her to ever feel disrespected by me linking up with him,” Drake explained while talking about people’s reactions to his collaboration with Brown.